“The Forecaster” Playing on European International Flights to USA 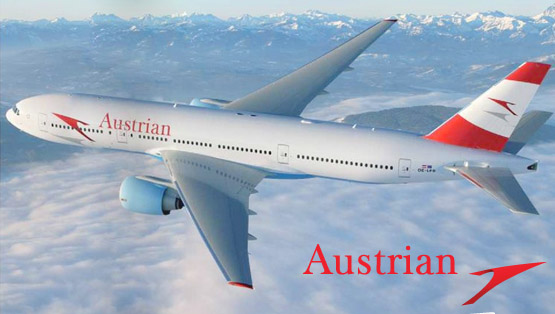 Today I went by plane from Vienna to New York with Austrian Airlines. Also Austrian Airlines are showing “The Forecaster“. This is even more interesting because the Austrian cinemas (like in Switzerland) are not showing the film, therefore I suppose also the possibility of the VOD screening in Austria.

I took the possibility to see the movie a second time after I went to Munich where I saw the movie for the first time and heard the discussion with you afterwards. Unfortunately the discussion in Munich was rather short and was ended early by the moderator. I think Munich is too rich in contrast to Dresden and Berlin where the economic pain is already felt, so the economic outlook is not such a burning issue over there.

Additionally I have one question, perhaps if your time allows, you will be able to answer it on your daily blog. Many people to who I am talking about the forthcoming sovereign debt crisis are arguing that it cannot come so badly because many institutions like insurance companies, banks, pension funds etc. are legally obliged to have bonds in their portfolio, so they cannot sell. In my opinion they will suffer the most. Although these institutions are obliged to hold bonds, the major part has to be sold to the public; i.e. the market makes the price and institutions who have to hold bonds will get in real troubles due to the depreciation. Am I right?

Thank you so much for your fantastic work! Your are like a lighthouse in these times of troubles who can be trusted!

ANSWER: You are correct. We are actually working on some solutions for companies obligated to have government bonds. We believe we can help them out of the crisis with some fancy footwork.

However, the rest will suffer catastrophic failure. Behind the curtain there are already discussions going on about this problem. The markets will discount their portfolios rendering insurance and pension funds seriously insolvent. One solution will be for the central banks to buy the bonds back from the distressed bondholder if they qualify as a pension fund or insurance company. This will be refocusing the quantitative easing, redirecting it to select holders.

I have heard that “The Forecaster” has also shown on Lufthansa. The more we can make the general public aware of who really has no clothes, the greater the chance we have of avoiding a new totalitarian economic state. Someone has to standup against the loss of all liberties. If we do not, we will lose everything, for those in power only function in accordance with their own self-interest.