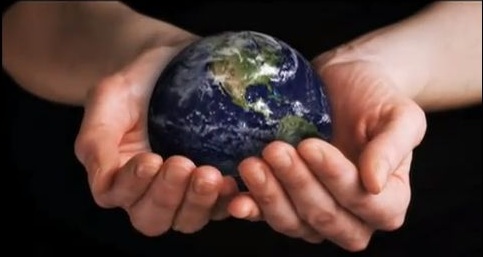 Let’s assume a minute that all countries around the World (all Central Banks together) sit with you and say:

Mr Martin, fine, you are absolutely right in your forecasts and now we are listening to you.

What should we do to solve all our problems like debts, socialism, trades, etc and have a prosperous growth in the World?

Is it possible to find a way to resolve those problems (with you)  or are we stack in an inevitable cycle in the World, which last already for centuries and will continue for ever?

ANSWER: What you suggest would be reasonable. However, he who has the power rules the world. The solution is to listen to the free markets, which are driven by humanity and our actions. To create a real solution (until we corrupt everything again) necessitates government admitting they cannot control the world; this would mean they must relinquish power. I personally do not see that ever happening for the same reasons why Marxism failed. He took all the wealth from whom he considered greedy individuals and handed it greedy politicians. Humanity is humanity; it cannot be altered. There will always be drug addiction, prostitution, corruption, and politicians, just as there will always be a cycle.

You can bet all governments read us, just as the NSA grabs every email, phone call, and SMS. They even saw the French TV interview that played “The Forecaster”, and then questioned Mr. Sapin, the Head of Finance in France. So there is no question that they are all aware of our model. Even Margaret Thatcher spoke at our conference, which was in itself an endorsement of our models. The central bank of China admitted that they too are using capital flow models, which we invented.

Nevertheless, what you are suggesting is that those in power actually care about society rather than themselves. I do not believe they are ready for reform. There has to be blood flowing in the streets before we reach that end.

I am here in Athens where people are fed up with politicians. However, the pain has not yet reached a sufficient level to lead to real political change just yet. Alexis Tsipras won in Greece, but the Greek people did not vote for him under the assumption that he would do what he said this time. They voted for him because every other politicians is seen as corrupt and has been involved in one scandal or another. He won for the same reason Donald Trump rose sharply; Tsipras was not the established politician.

If all governments were to actually listen and put the people before their personal greed and power, yes, we would resolve the debt crisis that will tear down society because this time it is different. When the economy crashes, such as during the Great Depression, there is no pension system guaranteed by the government. As a result, government can stand up and claim that they will get the rich bastards who caused it. Today, government has gone to extremes and the people have planned their futures upon government promises. So this time, the outrage will be much greater because everyone is affected, not just select groups.

The object of this exercise is to survive individually. Government will crash and burn; it is hopeless to expect that these people will ever do anything to help society. It is always all about them. This is just a fact of history and we should not expect anything magnanimous from them. Politicians will not lay down power willingly. Instead, they cling to their only dream of ruling the world.