Proprietary Trading of Banks Coming to an End? 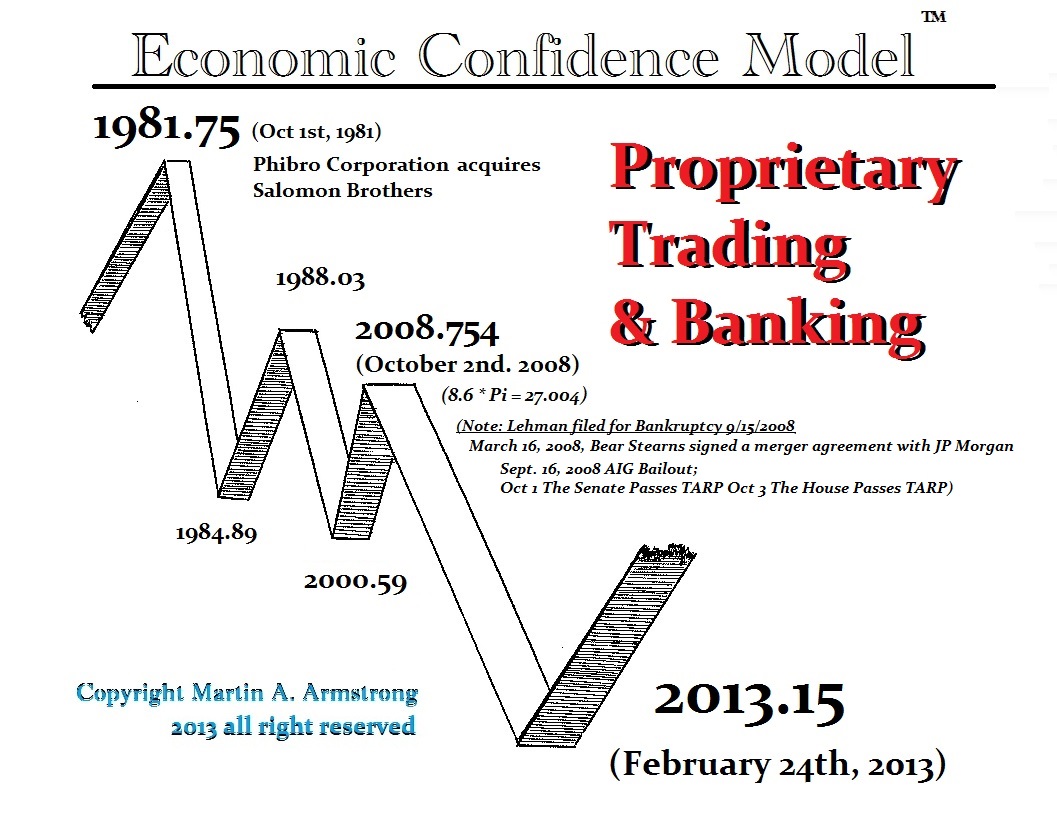 QUESTION: Marty, I heard that banks are actually shutting down proprietary trading. Is that true? Does that mean the manipulations are coming to an end?

ANSWER: Yes. Many banks are getting out of the business entirely, especially the Europeans. They are not even making markets in currency. The fines over short-term manipulations have been huge, but the net result is the collapse in liquidity. This promises to increase volatility in the years ahead. We ourselves are finding many big corporates are turning to us realizing that taking advice from those making markets was like asking a drug dealer if you should be using drugs. Likewise, they will not use advisers without real world experience. So that leaves out academics and those with soap-boxes.

It is fascinating that from the very day that PhiBro took over Salomon Brothers, marking the beginning of the takeover of Wall Street by the commodity crowd raised on market manipulations, our model picked a turning point that landed on TARP to the day.

The age of bank manipulations has seen its best days. The cycle has shifted and there will still be some diehards who are only investment banks that cannot make a living otherwise since they are not real bankers. Nevertheless, the trend has changed. Their manipulations are setting up companies and countries on inside deals rather than manipulating an individual market. They are finding it more and more difficult to manipulate as liquidity implodes. The closure of trading floors is altering the game entirely as the older traders just leave the markets.

Nothing but nothing can be sustained without change.