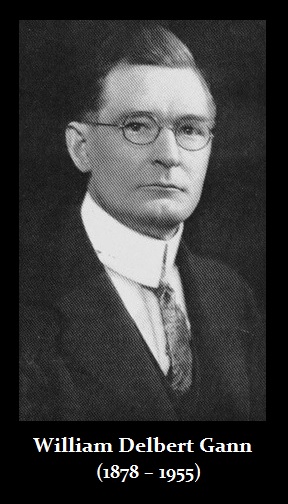 I just watched ‘The Forecaster’ on demand, I just wanted to say it was an exceptional movie. I really enjoyed seeing your story played out, and following your journey to the discovery of pi in economic cycles.

As an avid trader myself, although not nearly as successful as you [yet, hopefully!], I’m always looking to refine my process. I can’t help but be reminded of W.D. Gann when I read your blog, or when I study the ECM. Is/Was Gann ever a major influence on you/your work? What are your thoughts on him?

My other question pertains to the secular shift from public to private confidence in the ECM. Where do commodities fit in here? Would they be considered part of the private sector? I know we are in a secular-deflationary trend, although that would seem to be nearing an end in the next couple years. Any response is greatly appreciated.

ANSWER: No, I never read Gann. This is the clip that inspired me to study cycles. My history teacher showed it to me in the 9th grade – the Toast of New York. It was about the Panic of 1869 and Jim Fisk’s attempt to corner the gold market where he said gold was $162. I went to the library and looked in the NY Times. It was true. That shocked me into realizing that here was gold at $162 in 1869 yet $35 when I was in school. Obviously the world was not a straight line. There was some sort of cycle at work. That was my inspiration.

Anyone who has become a REAL TRADER observes how markets move and articulate that movement perhaps differently, but nonetheless, there are always similarities. If you have NEVER traded markets, it is impossible to forecast them or even comprehend their movements.

In my case, I was interested in physics. A major mining company board ORDERED its finance director to meet with me. When we met, he admitted he knew of our track record and said that could be just luck or coincidence. When I asked him what was his background, his voice lowered and he said, “Nuclear physics.” I replied, “Let’s look at the market through the Second Law of Thermodynamics.” His mouth dropped and he said, “OMG, there has to be a cycle!” To which I replied, “You got it.”

My focus was physics. Anyone who has studied cycles will express some similarity. But my approach has been concentrated on different types of complex wave motions that often collide and will combine creating Rogue Waves – i.e. 1929, 1987, 1989, 1998, 2000, 2007 etc.. It was also economics from the standpoint of the business cycle. I would have to say the first theory I had heard of was Kondratieff’s theory. I observed the cycle first hand with the Crash of 1966. That led me to explore the idea of a business cycle.

I ALWAYS credit the theories of others. This is how we learn. We build upon the shoulders of those who have gone before us. I have not read Gann. After I get finished with my books next year, perhaps I will find the time. I respect that he actually traded. That makes him at least worthwhile. Otherwise, it becomes like reading a book written by a man on how it “feels” to go through childbirth. You cannot possibly know ANYTHING, including manipulations, without first hand knowledge in trading. Those who create fictional all-powerful manipulations to explain why a market has not done what they expected, are ignorant of even how markets perform and there is a time and place for everything. If manipulations were successful systemically, then we would never have revolutions nor would the world economy be collapsing right now. It is all relative.

Second Law of Thermodynamics: In any cyclical process, the entropy will either increase or remain the same.

Entropy: a measure of the amount of energy that is unavailable to do work.

« The Superbug Has Arrived
Subjective Analysis »