Is There Something More Important Than Money? 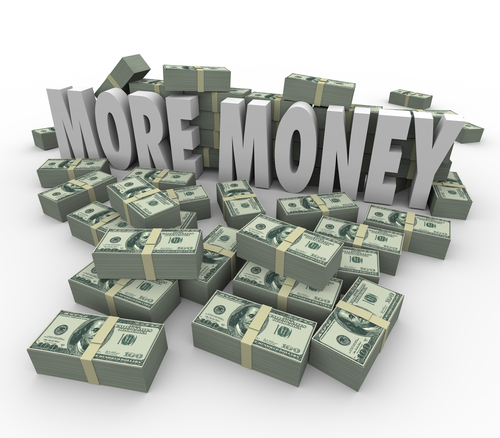 QUESTION: Mr. Armstrong; You were named hedge fund manager of the year with the most amazing public track record which nobody has ever come close to matching. You have been named Analyst of the Year. I spoke to people in Australia where you managed a public fund for Deutsche Bank. They said if you would accept money you would get billions in a few weeks. Everyone says your model is the only real thing and that is why the government wanted it. They wouldn’t do that if it was not real. I watched the Forecaster. It was eye opening. Why do you not take money to manage?

ANSWER:Some people think that making money is the only goal in life. I have done it all — been there, done that. A global hedge fund manager is on-call 24 hours a day. I had to watch everything and probably became addicted to it, as did my sources. We still watch the world all the time. Yet, even now, I have a hard time sleeping more than three hours straight. I cannot spend what I have and there are more important things than money. We could sell advertising on the site and that would be more than enough for most people to live on. I prefer not to get involved for every want-to-be analyst/fund manager would be posting ads and I would not care to endorse something, even implicitly, I am not 100% sure about.

I attempt to take what I have learned to influence what comes after the crash and burn. You can have all the money in the world, but it will not do you any good if you cannot spend it. We are heading into a major crisis that society may not survive. I have a family. I thank God I am not 18-years-old and have to live through what is coming. So, what I do is try to help them if I can.

I just wanted to retire. I was shocked when so many people came to the WEC conference in 2011. I was told nobody gets audiences like that anymore. We had more than 1,000 people show up to the 2015 WEC. I respect their trust and am trying to port Socrates to the web. There are ROBO type advisers coming. Funds management and analysis is changing. They closed the floor trading in Chicago. Everything is changing and newsletter writers are dying, as are newspapers. The yelling and screaming of how if you followed their letter you would make $100,000 by spending just $9.99 is coming to an end. The pretend analysts who focus only on a few markets are lost in the confusion. Even IBM’s Deep Blue vs. Garry Kasparov dates back to 1997, which was the first time a computer beat the world champion in chess. Now a computer has beaten a human champion at a strategy game, the 3,000-year-old Chinese board game known as Go, which is far more difficult than chess and requires human “intuition” rather than just processing power to win. We are there. A new dawn is arriving where computers can do things BETTER than humans and global economic analysis is one of those tasks.

Trying to port Socrates over to the web is a major project. No human analyst can beat it. But you have to understand the full implications of this. Sure, there will be cheap tricksters claiming to be analysts who will yell, scream, and even call this a fraud because they cannot beat it. They attack me personally because they are frauds themselves. I NEVER mention other analysts or all the emails coming in about their bad calls or whatever. I do not feel compelled to compete with them whereas they are desperate to compete with me or they would never mention me. What they are engaging in is being a politician by saying vote for me because I lie less than the other guy. If you do not have the dignity to stand on your own and you try to hurt someone else, then that reflects that you are hurting from the truth and suffering from the collapse in your business.

At the end of the day, Socrates also proves that government cannot manipulate society to do as they desire. So there are a lot of things that will change with this technology. That is the only thing that interests me — technology advancement. I have more than enough money to live on. I have done this blog for free and have not sold advertising or clients names because I have not needed the money. There are things that are just more important in life than making money. I have been told that is easy to say because I made mine. Perhaps. But it is my view that those who do anything for money are indistinguishable from prostitutes and will never do what they do well because they are only doing for money and not for the passion. I really do not want to go back to hedge fund management or be on-call constantly. Why? The Deutsche Bank hedge fund had the highest return with the smallest drawdowns of anyone. So what else is left to accomplish? 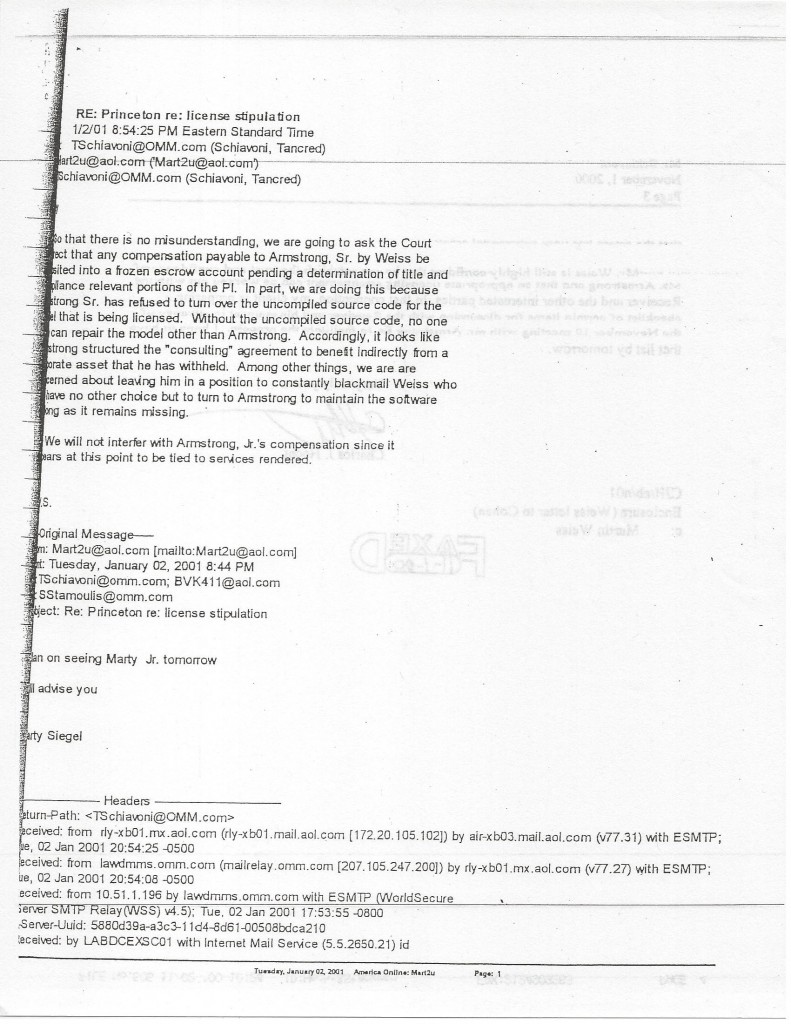 As far as the movie “The Forecaster”, people do not realize you cannot make a film like that without E&O insurance. This was not a fictional movie; it was a documentary. That meant everything in that movie had to be verified and an insurance company had to see the proof to write the insurance. Ironically, everything in that movie had to be proven to independent lawyers before the film could be made. Here is the email demanding the source code or they would shut the company down. Tancred Schiavoni wrote, “We are doing this because Armstrong Sr. has refused to turn over the uncompiled source code for the model that is licensed.” It is true; they would not care about the source code if it really did not work.

Tancred Schiavoni tried to argue that I was so smart that I had calculated everything they would do to me so effectively that I would win in the end. He tried to get Dr. Paul Appelbaum of Columbia University to put a number on my intelligence to claim, I suppose, I was too smart for them to win. When someone threatens you with death if you do not do what they demand, they can push you so far that you lose all fear and stare at them in their cold-blooded eyes and respond, “Go ahead.” What happens next? You disarm them. I believe they tried to kill me. Granted, I ended up in the hospital in a coma for three days. But I survived to their dismay.

Appelbaum even testified what my position was and correctly stated what I believed the case was all about.

There are two major categories of men that are classified by what they think makes a man. The first is money. They want to make more and more to prove they are successful. The second type seeks accomplishment. I have been in the second category. I could have joined the club and made billions, which is monopoly money for playing and not money to live on. And you cannot take that with you. Accomplishment is entirely different. What is the fun in trying to manipulate the market to make money? Pay off the right people and you have your get-out-of-jail free card. That is not an accomplishment. Making money and beating the market itself is the goal with very high standards and a real mental challenge.

I do not need to compete with anyone. We do not even advertise. What I do, I do for the love of analysis. Life has been like reading a thriller novel. How can I put it down before I reach the end? I just want to see how this unfolds and then I am ready to depart — enough is enough at some point. I personally believe, as Socrates told the court when he was sentenced to death, that death is either a mid-summer night’s sleep too peaceful to be disturbed by a dream or it is the migration of the soul to see all your old friends. Either way, he said he feared not. That philosophy has sustained me through thick and thin.

« Gold: Just Follow the Numbers
No Need to Live in Fear; It’s the Yin and Yang of Civilization »