Gold & Politicians – Getting it Right For Once

QUESTION: Mr. Armstrong; I heard you on Infowars. I understand how the gold standard would not solve anything for the problem is politicians and not what we call money. Some think that you can create a floating gold standard so gold would be money but not fixed. I really have a hard time seeing where this would solve anything for you still would have loans then in gold and you end back at the same spot with paper gold. This is really getting confusing. That was the question I wanted to ask.

ANSWER: It really does not matter what we use for money. It is only a medium of exchange. Before 1934, private loans always had a gold clause. So yes, you are correct. People ended up owing more gold than actually existed. This is fundamental to any credit system.

The problem is that people are arguing over what should be money as if it really matters. There were defaults under a gold standard just as there were under paper. This is akin to blaming your wife because she failed to compel you to take out the trash.

The problem is not money; as long as people focus only on money, assuming a return to a gold based system would magically convert all politicians into saints, then we are doomed to repeat history. This nonsense is arguing at the surface and ignoring the fact that governments and monetary systems have collapsed for countless millenniums. The list of empires, nations, and city-states that have collapsed are countless since the beginning of recorded history, regardless of what money was. The common denominator that existed for EVERY collapse was abuse of credit and politicians. How about the Athenian Crisis of 354 BC. Just replace the names and you have 2007. Or how about the Roman Financial Debt Crisis of 53 BC when interest rates soared because the politicians were borrowing so much to bribe people for votes. Or how about the Roman Debt Crisis of 49 BC, which ended in revolution. In all cases, money was gold and it failed to prevent any crisis. 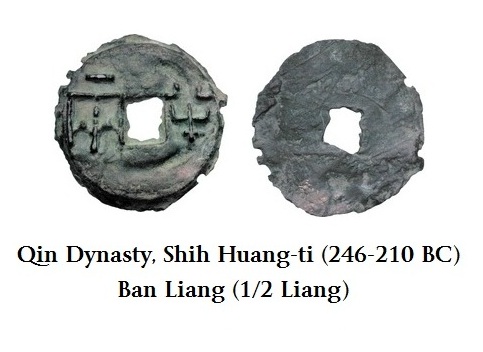 If people stop with the gold bias and open their eyes, we will see that the cause is NOT paper (fiat) since China always had fiat and never issued gold or silver coins until the 19th century, as did Egypt by using the first grain receipts as money until it was conquered by Alexander the Great. Aristophanes (b. 446 – 386 BC) said, “Under every rock lurks a politician.” Nothing has ever changed.