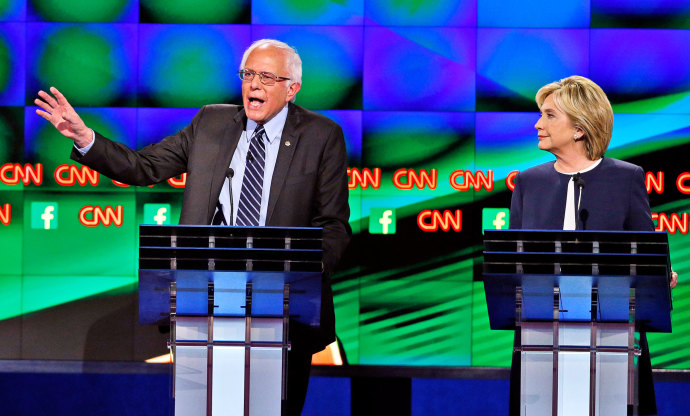 ANSWER: The debate was boring, pandering, with no vision or reality! Everyone said Hillary won. Bernie Sanders is a fool and wants to make everything free at the expense of the 1%, as if they could fund the entire government and population. When I was in Vermont for the TED Talk, I pointed out that the top 1% began at $299,000 — not billionaires. First of all, the income of the top 1% is mostly INVESTMENT income; not wages. Sanders wants to tax Wall Street to pay for education, which will reduce jobs that the youth already cannot get, as 60% cannot find work in their field of study. Degrees are pretty much worthless scraps of paper anyhow. Most jobs only care that you have a degree in something; it could be basket weaving. You cannot get a degree as an analyst, hedge fund manager, or investment adviser. These are on the job schools — not college courses.

Education is broken. The academics know this and they get paid without actually having to perform in the sense of making sure kids are qualified to get a job. As long as student loans are made and Bernie wants to hand them more money, then there is no hope of reforming education to be affordable, no less practical. They have to get off the protected gravy train.

As for Hillary, just more rhetoric. She is hopeless. The Clintons are in the pocket of the bankers. They repealed Glass Steagall and made student loans non-dischargeable in bankruptcy. Then she wants to pretend she is for the middle class after renting a beach house for two weeks at $150,000. Come on. Where is the truth here?

It should get a bit more lively after Joe Biden gets in.

« Why We Are Doomed To Repeat History?
Gold & Politicians – Getting it Right For Once »