Creating a Fourth Branch of Government 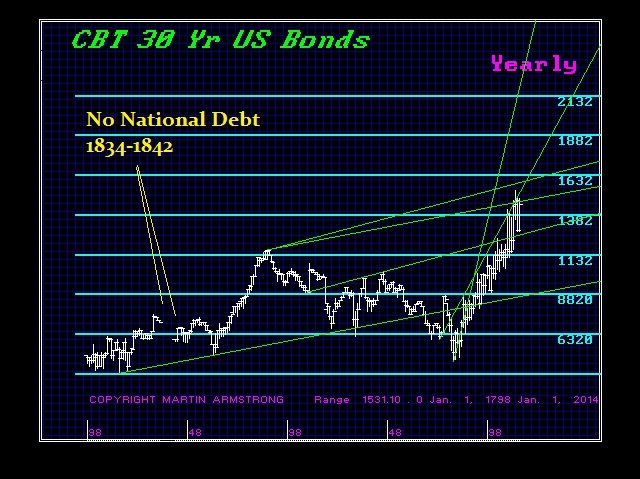 Thanks again for the post on Griffin’s book and your short history lesson regarding the same. I’m sure your readers appreciate the time and effort you take to shed light on this subject.

My question is do you think we as the United States of America would be better off if there was a fourth branch of government? Did the founders ever consider having an independent branch that would have jurisdiction over monetary policy? How did the men who saw the need to bring about the Fed to be the lender of last resort not anticipate that once created the Politicians would co-op it for there own purposes?

ANSWER: The Founding Fathers were against direct taxes, which they prohibited, and a national debt. Jefferson finally agreed not to object to Hamilton’s proposal to have a national debt, provided it was paid off. That was not achieved until after Jefferson’s death in 1835, and did not reappear until 1842 with Sovereign Defaults of the states following Andrew Jackson’s insane destruction of the then effective Central Bank of the United States.

There is little doubt that our problem has been that Congress manipulated everything for their own self-interest. Resetting the Federal Reserve to its original private design would work only if we also revised politics. Could there be a fourth branch? It certainly seems we need one that is totally free from government manipulation for personal gain.

We have a political economy and therein lies the problem. We need to get rid of the real source of all our problems and that will require a divorce of these two words.