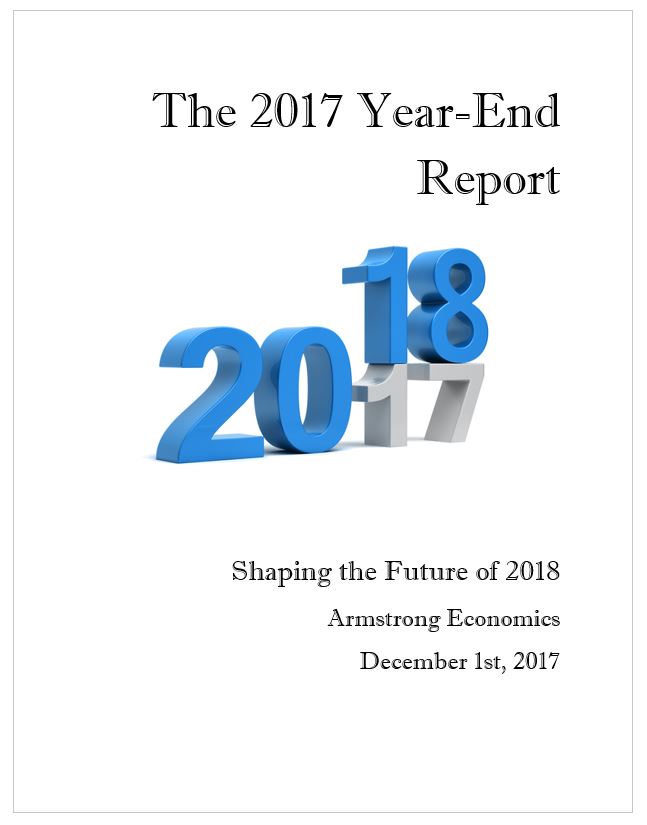 The 2017 Year End Report is going to really be important as we enter the beginning phase of the Monetary Crisis Cycle in 2018 combined with the Pension Crisis, which is the next domino to start the process of the Sovereign Debt Defaults to come. Keep in mind that a system collapses not from the core, but from the peripheral economies inward.

If you simply read Herbert Hoover’s memoirs for 1931, you will see how the Great Depression began as a contagion in Austria and the spread like the flu infecting all the economies until it led to a worldwide Great Depression. It was just two years later in 1933 that the economic contagion produce widespread political change. It was 1933 when Adolf Hitler came to power, Mao in China, and Roosevelt in the USA. It is never a particular political philosophy that wins, it has historically been a shift to whatever is the opposite of the current system.

This year’s 2017 Report will be very important. This will provide the signals on a global scale that will allow us to see the trend globally and the contagion that is preparing to infect the world economy unbeknownst to the political elite.

This Year’s Report will be included for the Orlando attendees of the WEC.