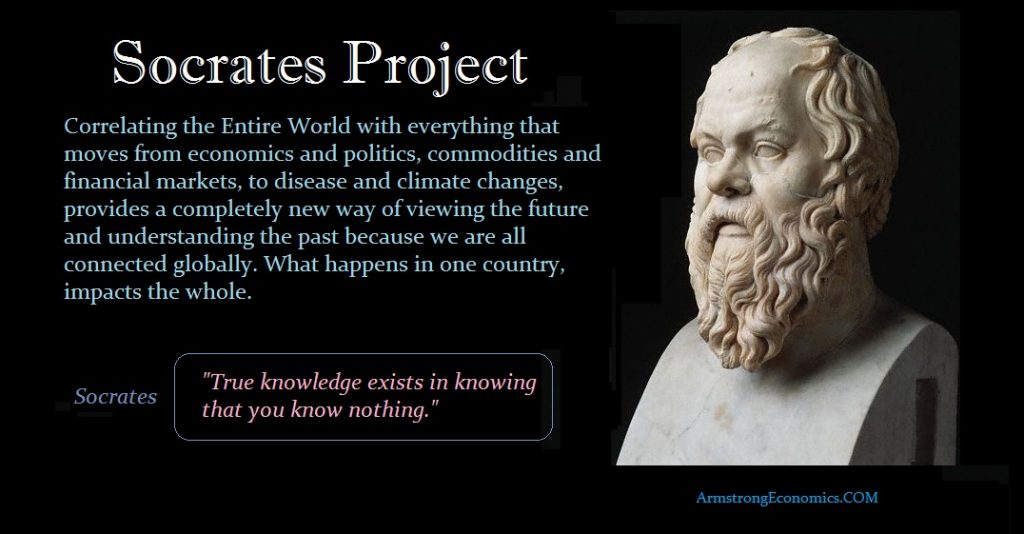 QUESTION: Firstly, I must say that I concede. I have followed you very carefully since 2011, initially a skeptic but intrigued by the TIME aspect ( which I always suspected was important alas why I always place time-based stops rather than purely price). My approach was very non-scientific compared to your marvel. … and a true marvel it is. since 2011 your call on US equity bull run and the dollar, em currencies have been absolutely tremendous… the piece de resistance though was the resistance at 23142 on Dow (I couldn’t believe as I watched this thing struggle intraday with this number) and then the call of a temp high on 29th for Dow. this is tremendous as not only have indicators which have worked for 20 years been run over but clearly the underlying time-varying hidden force at work which you have tapped into is in full command of this cycle. Hats off sir, I have no doubts anymore other than your system is indeed far more complex than we imagine and must equally be approached carefully as opposed to the usual skim reading us traders are often accustomed to.

My question to you sir is when can we expect to see a launch of the version of Socrates which displays the reversals and maybe even the reversal based backtest engine?). Clearly, a proper use of Reversals & technicals is a hugely powerful proposition and made even more powerful by superimposing the time dimension through the arrays.

ANSWER: The launch is really a matter of just days or weeks. The front-end redesign is nearly complete. This is how the results are presented and are accessible. That is the issue. We have outsourced design to speed things up. The analysis from Socrates has never been the issue. It’s all front-end, accounting, processing etc.

Nobody wants this out faster than me. I am pushing very hard – PROMISE!

« Trading v Socrates
Superbowl LII – Can a Model Ever Be Created? »