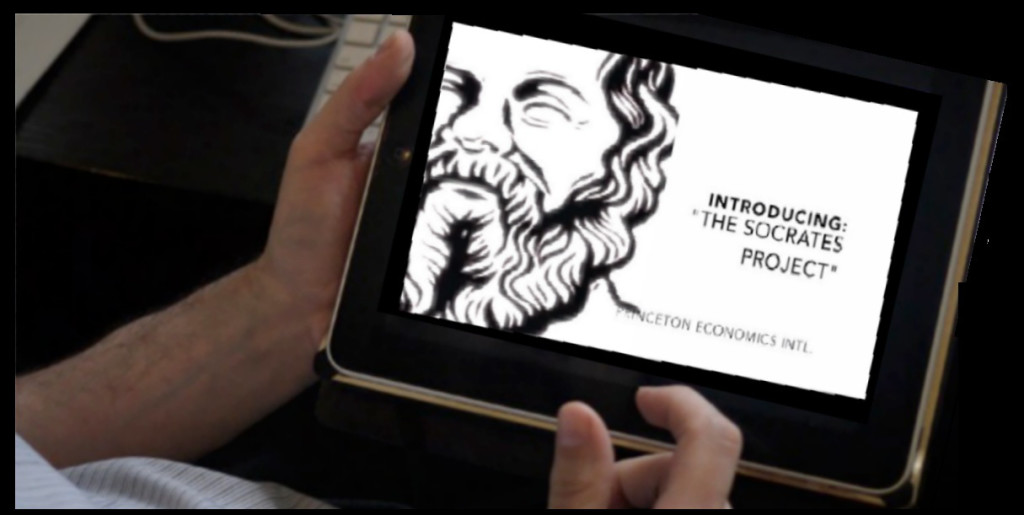 We will soon release Phase One of Socrates this month as was demonstrated at the Solution Conference. Yes, it has taken longer than expected but we had to be sure the transition to the Web Access would work as seamlessly as possible.

We will not be able to open up the ability to talk and ask questions via the internet, however, we are investigating the best methods to deliver that fully interactive level of service. The Beta Testers have been working hard to identify bugs in the delivery process and provide feedback. We are running everything past the clients assisting in Beta Testing, even the pricing.

The pricing has been structured to ensure that no one is left behind. That has not been an easy task in the least. The services provided by Socrates are divided into three primary profiles;

The basic service (Investor profile) will start at $100 annually to try to help as many people as possible. The trading services (Position Trader profile) will start at $500. In this closed form, we will provide commentary on specific forecasting written by Martin Armstrong that will not be presented on the blog to keep it more exclusive as many clients have requested.

Both levels will grant you access to view our proprietary famous Capital Flow Analysis that we invented and others are now desperately trying to imitate. This will allow you to visually see how the world is moving and given the turmoil in the governments, Markets, currencies, taxes, and regulations, this will be a very important tool moving forward. This will become especially true considering the significant decline in liquidity which will cause volatility to rise sharply in the post-2015.75 era.

This has been a monumental project. These models were for institutions so scaling them for investors and traders was just one aspect of the delivery system we have had to create. Then there was the porting to deliver this via the internet that would ensure there would be no security breach. There have been over 7,000 attempts to break into our computers since the first of the year. The computer models will NEVER be on a server than can be hacked. We will also generate the output and load only that to the servers. So the security has also been a major issue.

This has taken longer than expected, but we and now entering the final stage. So far the Beta Testers are generally satisfied with the functionality for Phase One. We will be turning to Phase Two development within weeks.

Phase One will not have the capability of voice recognition or natural language processing, which would allow users to ask the computer questions and receive a voice response. We are proceeding on providing that basis a proprietary tablet at this point but we have not abandoned the voice recognition via the WEB.

This will be an international platform since out clients are everywhere around the world. You will select your home currency when signing up for a profit to someone in Euros could be a loss to someone in Japanese yen or dollars. The charts will be available in most important currencies. This is by no means just a dollar centric system which ignores the world outside the USA. 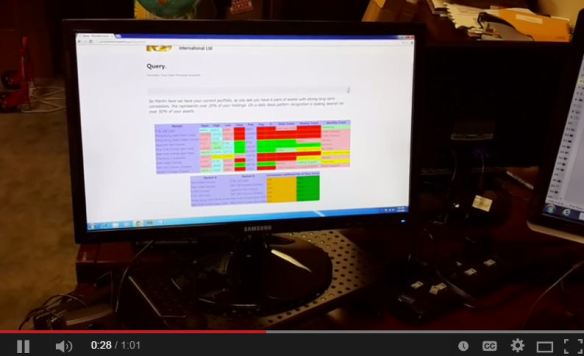