The Fate of Britain – Pound to Parity? 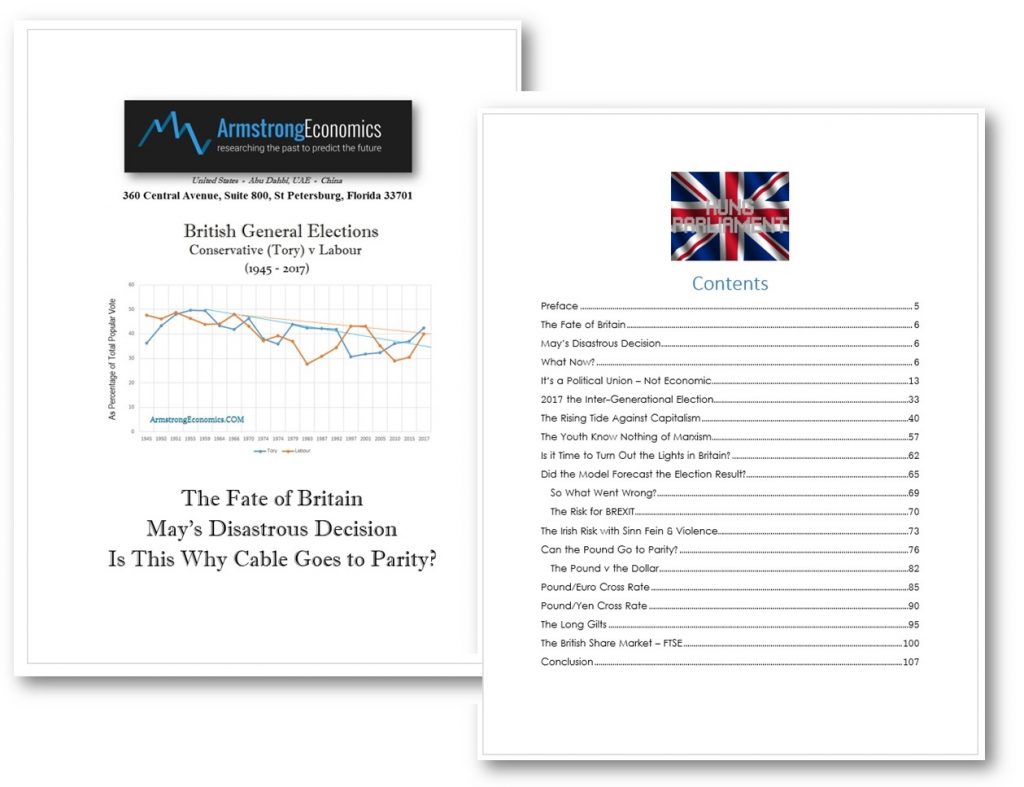 We have prepared a very important special report on Britain in the wake of the British election. This special report covers the forecast for the British pound (otherwise known as cable or sterling) against the dollar, euro, and the Japanese yen. Additionally, this covers the long gilts and the share market. We have also addressed the rising tensions once again in Northern Ireland that may reignite violence.

This is an important report for it casts a shadow over Brussels as well.