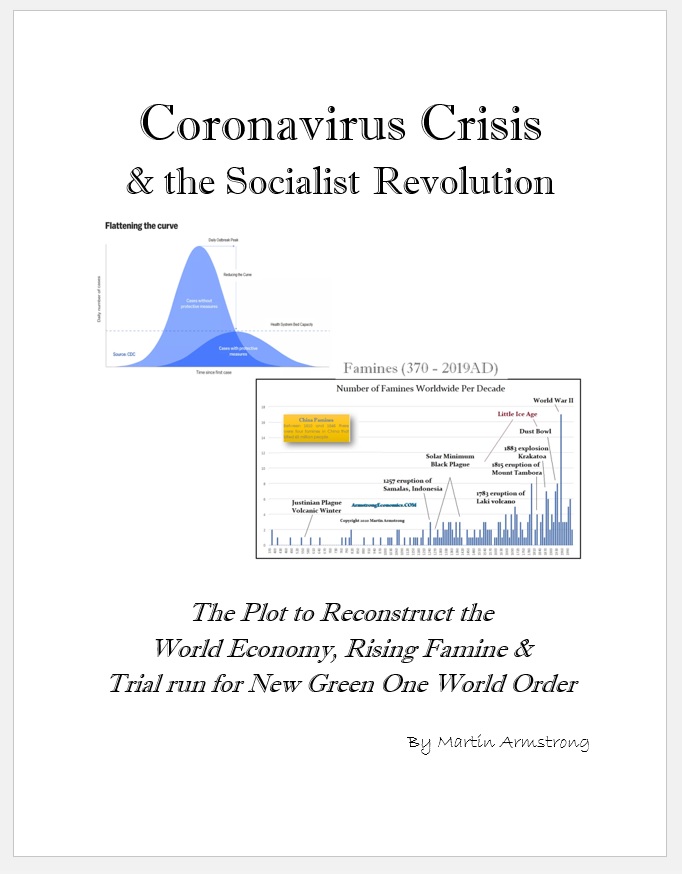 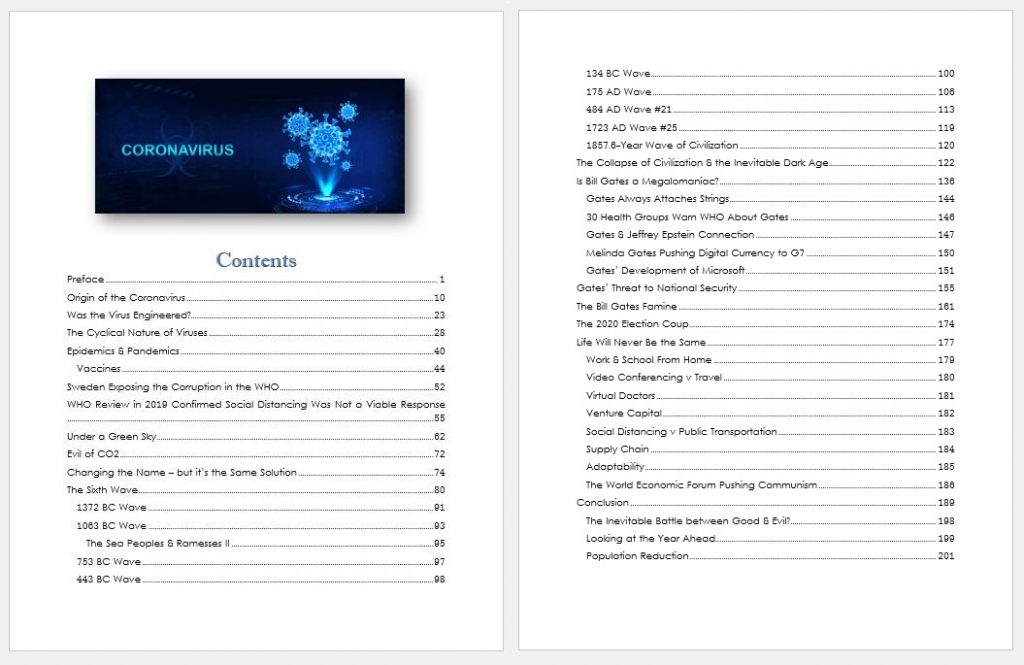 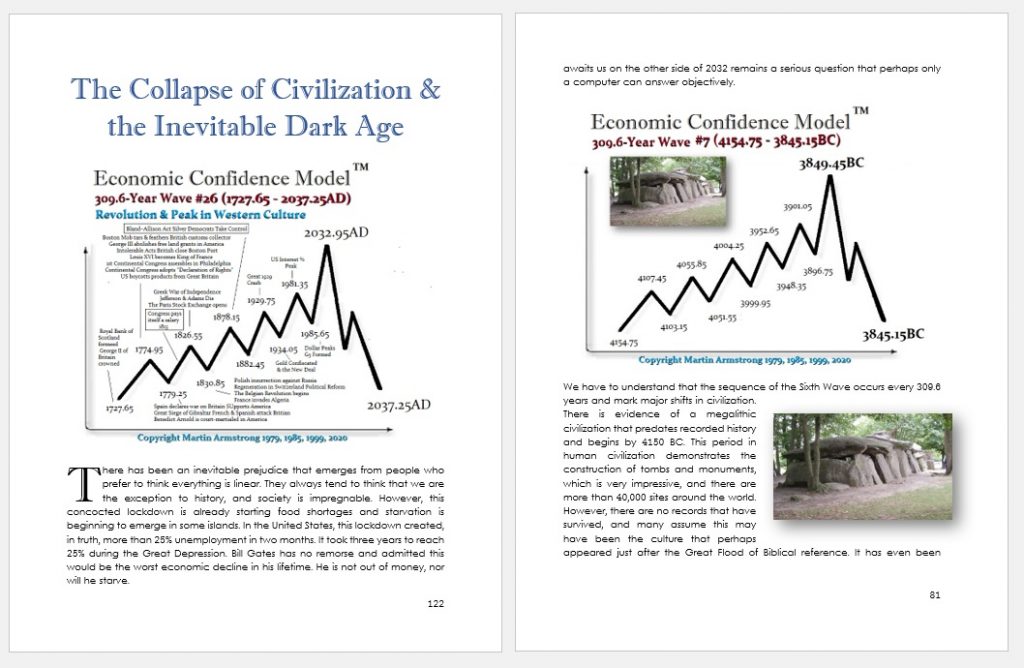 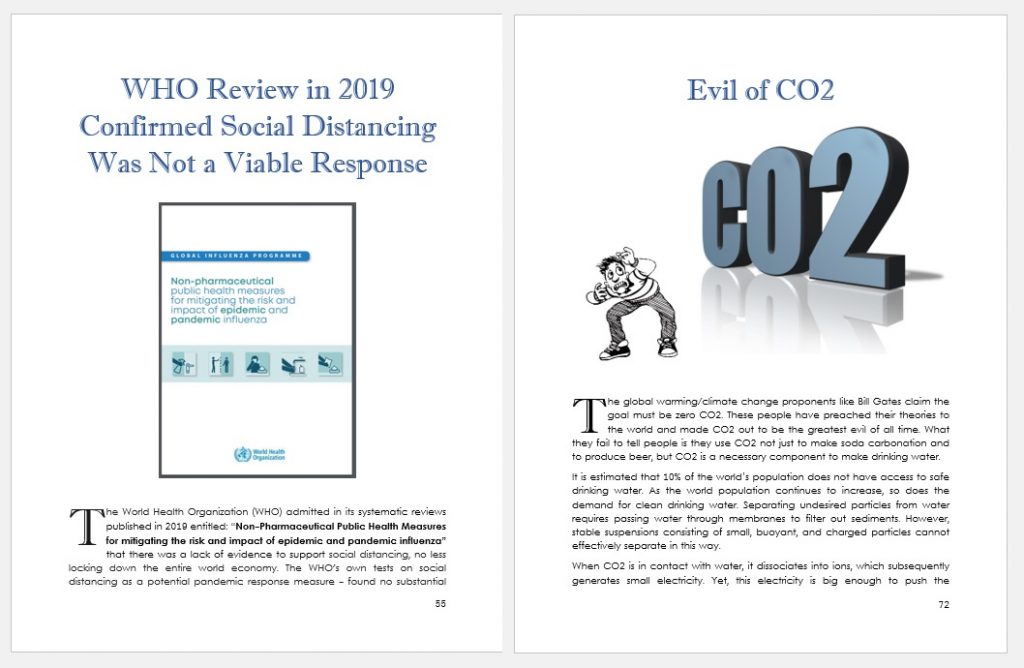 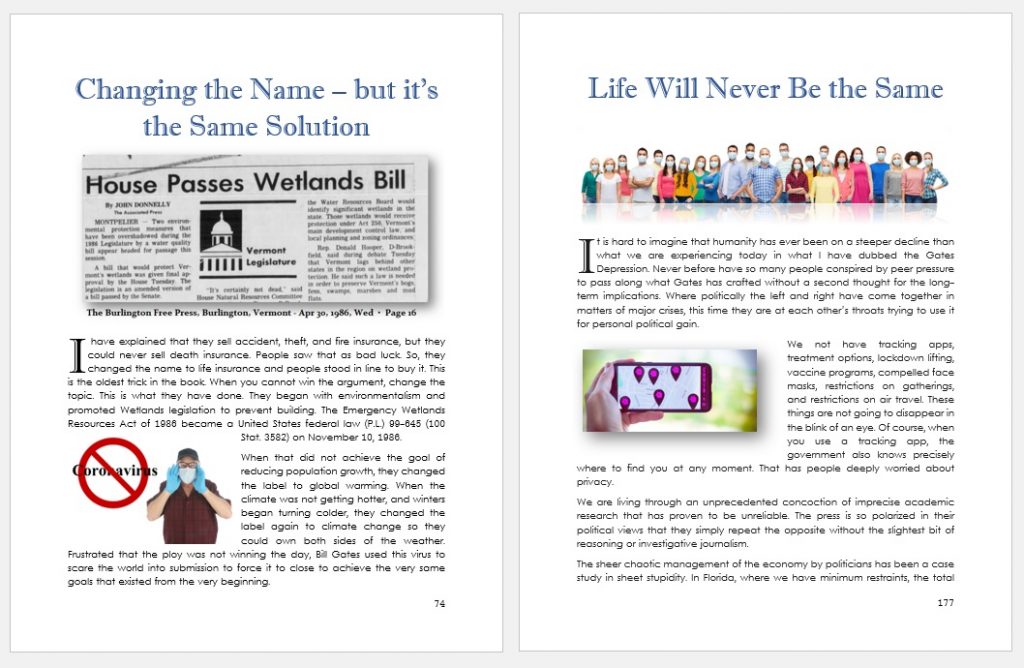 This report goes into the logistics about this Coronavirus Pandemic and moves into the dangers it presents economically as well as the crisis we face in famine. These people think that they can simply crash the economy and rebuilt it from scratch as if that is a simple task. They risk creating a major economic depression that we will not be able to escape for 13 years. At the very least, we are looking at a very strange set of circumstances that are coming together.

This report debunks the the claims of the virus and illustrates the end goal remains the same with the Climate Change agenda. We have published also the WHO report from 2019 which concluded that Social Distancing was ineffective. So why impose something they know did not work shutting down the world economy on a theory with no historical support? We have also included the differences between a epidemic and a pandemic including the inevitable second wave as with the Spanish flu they will use to try to influence the elections come November.

Nevertheless, they have indeed set in motion the danger of a Dark Age for this report goes into detail the historical Reoccurrence of the Sixth Wave when civilization collapses. We have published for the first time the 309.6 year Sixth Wave sequence back to 4154BC to get a sense how civilization has dealt with such events throughout time.

This report dives into the historical risk of famine which has also been put in motion by the lockdowns and it deals with the New Green World Order.