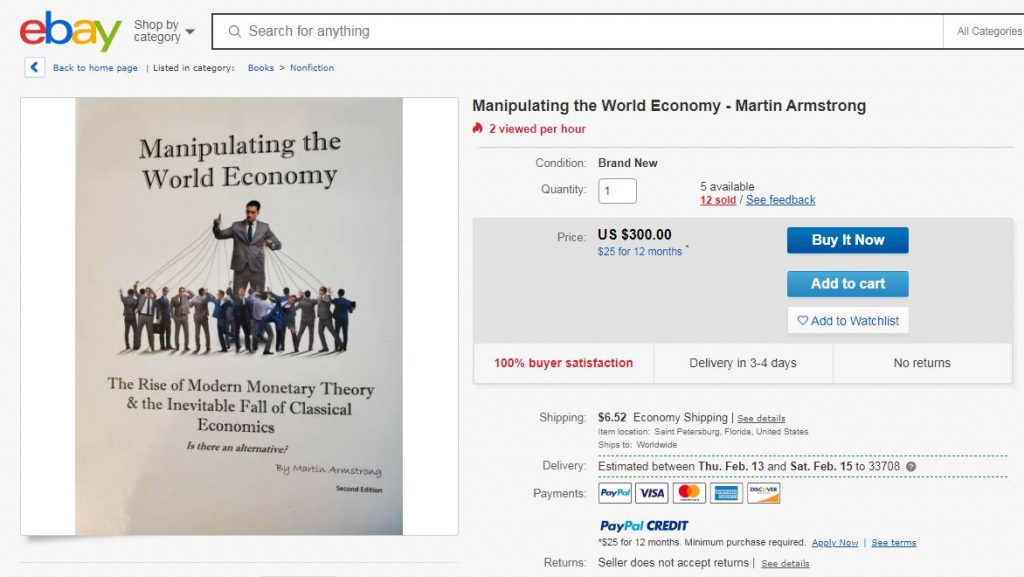 COMMENT: Marty; the books you handed out at the WEC are spectacular. One first edition just sold for $2,000 on eBay. The second edition is going for $300 on eBay but there aren’t many of those either. I just wanted to say thank you for your generous gift to the attendees. The book is worth the price of the ticket, lol. I hope you get the time to do the next one. 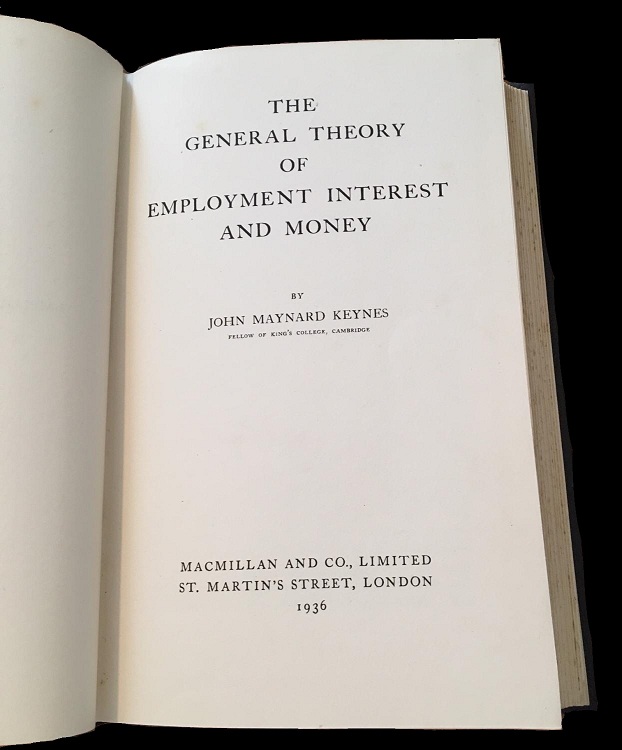 REPLY: I am trying to have another book for this year’s WEC. I have collected books my whole life. I know the Greatest Bull Market in History from 1986 goes for $2500 to $3000 on eBay. I only have one copy of that myself. One of those was presented to President Reagan back in the day. So First Editions are always worth a lot more. The second edition of Manipulating the World Economy was amazing. It sold out in less than 3 hours. That is the one that some members of the press got their hands on. Not the first edition. We will have a 3rd edition but that will not have the same value as the 1st and 2nd. If that book becomes a major classic when the economy turns down, then its value should rise even more. Keynes first published his work in 1921 despite the fact he wrote it before WWI. His book: The General Theory of Employment, Interest and Money was published in 1936. They will bring $3,000+. Even a 1799 edition of Adam Smith still brings over $2,000. 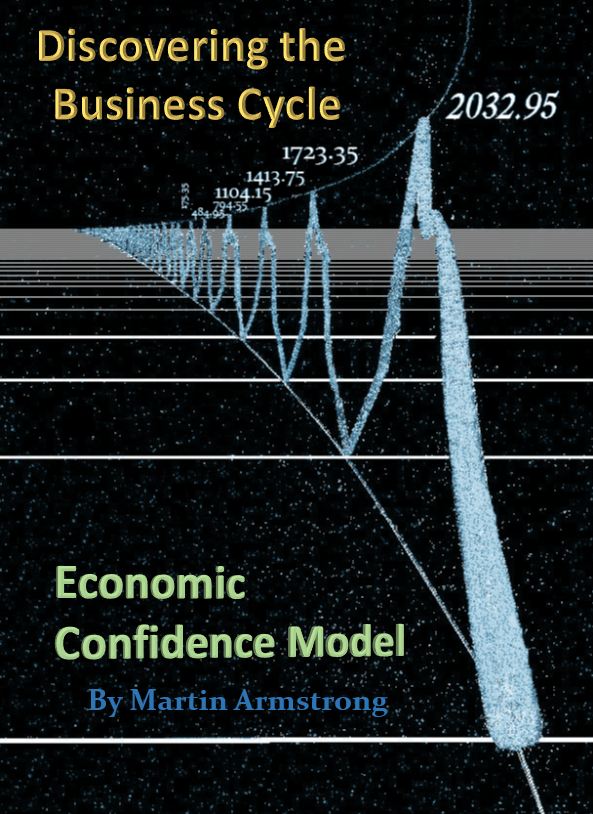 I am finishing up two books I really want to get out this year before all my time evaporates. I am trying for the Geometry of Time and the Economic Confidence Model, which is the proof back to the inception of recorded time. I know a lot of people are waiting for the 3rd edition of Manipulating the World Economy. We are working on that too.