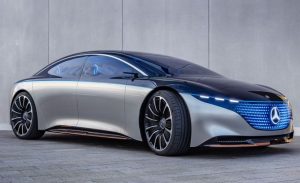 As gas prices soar, the plan to switch to electric vehicles (EVs) seems more appealing to the average consumer which is the secret behind the curtain to make gasoline too expensive to use. The US will now require auto manufacturers to meet a fleetwide average of 55 miles per gallon (mpg) by 2026, which is up from the 43 mpg standard set by Trump. The current standard for 2021 models is 40 mpg.

The Environmental Protection Agency is saying that moving to EVs can save owners between $210 and $420 billion through 2050, and owners will save an average of $1,000 per year.

A lobbying group the Alliance for Automotive Innovation is calling for federal support to meet the new requirement, stating that the industry will not be able to meet the criteria without government funds. The infrastructure bill passed earlier in the year will allow more funding for public charging stations.

Others in the industry are claiming that automakers must conform to EVs to stay competitive. Tesla’s growth has been widely praised. GM is releasing two new electric cars and will begin producing the GMC Hummer EV next fall. BMW plans to unveil an all-electric M badge car. Jaguar Land Rover noted it would test a hydrogen fuel-cell prototype. Mercedes plans to manufacture ten new models of EVs by the end of next year. Ford, Nissan, and Mazda will join in on the action too. The list goes on and on.

Electric vehicles only account for 3% to 4% of cars on the road in the US. Still, that percentage will rise in the coming years as EVs become more affordable to the average consumer and companies continue to develop the technology.

« Semiconductor Shortage Hurting Smartphone Industry
Facebook – Down for the Count? »