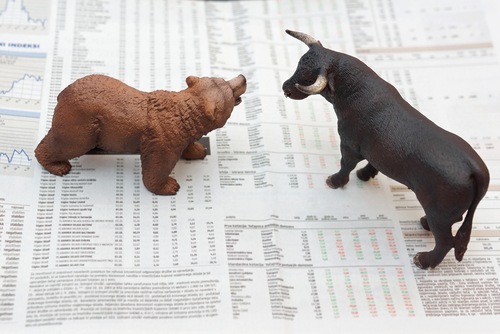 US stocks have plunged this week from the high of the week of 10/01 which has been the biggest rout since February. Meanwhile, investors remain jittery, to put it mildly, and confused as people try to attach a fundamental reason for the decline mixing in the recent jump in interest rates and the potential harm tariffs could cause tech companies. But our sources overseas are more concerned about politics. The Democrats are vowing to raise taxes and lower health care costs which they created in the first place.

The NASDAQ peaked in August and our model had called for an August high would be followed by a low into this period. So nothing unusual has transpired other than foreign buyers have backed off concerned about what happens if the Democrats take the House. The S&P500 peaks in September and the Dow peaked in October with the dollar illustrating once again the international capital flows are different from domestic.

The interest rates have been rising since the 4th quarter of 2015. To suddenly claim that is the reason for the decline merely reflects the problem that they need to point to something to explain a move that cannot be attributed to anything but the political uncertainty on the horizon.

We will update Tonight on the Private Blog with the specific numbers.