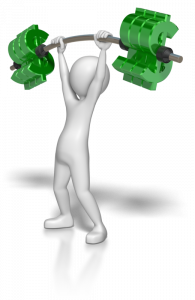 QUESTION: Dear Mr. Armstrong,
I have a problem understanding how could Dow Jones keep hitting records in upcoming years if US dollar gets stronger. Strong dollar will hurt export. Could you perhaps elaborate on this topic a bit?

ANSWER: Your question assumes the standard ANALYSIS based upon profits. Exports only account for 12% of GDP and interestingly Trump’s trade war has been about creating jobs in America. That old style of analysis is so outdated it is laughable. US unemployment is only 3.6% which is back to the 1960s levels. When we measure trade and allocate it according to the flag a company flies, the US has an overwhelming trade surplus.

The economics aside, what you are missing is that capital flows also take place for reasons of capital flight which can be sparked by both events such as war and regulation. Capital fled Russia and China as the rise of Communism was developing. The same took place as the Nazis were coming to power. In fact, the Swiss created their secrecy laws because so much capital was fleeing Germany and Hitler imposed a law that it was illegal to have an account out of the country.

The USA was near-bankrupt in 1896 when JP Morgan came to the rescue. By the end of World War I, the USA was already the financial capital of the world because so much capital fled Europe. By the end of World War II, the US had 76% of all official gold reserves in the world. Thus, the strong dollar under a flight of capital has nothing to do with economics. The peak in the PE Ration took place at the bottom of the stock market in 2009 because people were parking capital in stocks not looking for earnings, but to flee banks which they did not trust.

Nevertheless, the market is not going to simply rise without a correction because people are starting to become bullish.