QUESTION: Warren Buffet has been a value investor and has only been interested in profits. You have explained that the trends shift and profits will yield to capital preservation. Would you say that Buffett is just wrong on his views?

ANSWER: There is absolutely no relationship you will EVER discover that remains constant if you are looking at ratios between markets like silver, gold, or price earning ratios. The peak in the PE Ratio on the S&P 500 took place at the bottom in 2009, reflecting the shift from corporate profits to capital preservation. The classic question that arises is always fixed on the profit perspective rather than capital preservation. So people ask, “Can corporate profits keep booming by growing faster than the economy?”

Back in the 1980s, I was getting blamed for creating the takeover boom because I was admittedly advising a number of the takeover players. I was also showing these charts at seminars back then. The book value of companies bottomed in 1977 and it was clear that you could buy a company, sell off its assets, and more than double your money. Markets move to extremes on both sides, and in the 1980s the share market was EXTREMELY undervalued.

There are people calling for a major crash because they argue that profits are detached from the reality of the overall economy, which has been propelling stock prices higher which has introduced a dynamic that is presenting a huge danger to the market. This is predicated on the presumption that the normal ebb and flow of markets demand a correction to realign equity values back to their traditional share of GDP. This thinking fails to understand that at times capital is NOT LOOKING to make a profit, but just to park money for preservation.

These same people who have missed the rally claim that the S&P 500’s fantastic performance since late 2016 has been exclusively about earnings. They NEVER look outside the country nor do they even look outside that single domestic perspective. They do not look at the world economy as a whole, and as such, they are completely dead wrong and attribute everything to one-sided domestic analysis. 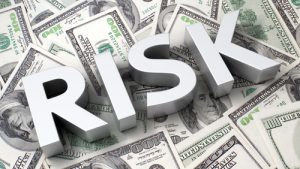 That said, the answer to your question is Buffett wrong? The answer is YES!!!!! His little nitch was good from the ’80s for the market was UNDERVALUED and as such being a “value investor” was appropriate for that time period. The markets have shifted to capital preservation, which has also inspired the corporate buy-backs. Value Investing is now fading. Capital is shifting because of currency, risk in other countries, and none of this has to do with simplistic earnings.

Welcome to the new trend of Country Risk. You have to now keep your eye on all the balls flying around. This is not a game of baseball with a single pitcher.