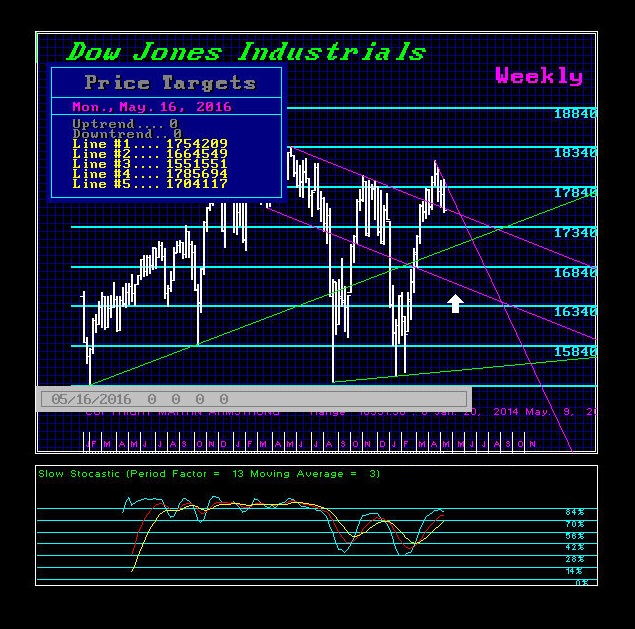 We have a more important number for month-end at 17579 followed by 17210. A May close below this level will confirm a correction into the August/September period, which can extend even into early 2017. This should produce a retest of the broader support at 16000 and a breach of that level on a monthly closing basis would set the stage for a new low under that of 2015.

Keep in mind the Fed realizes that it desperately needs to restore some “normalization” to interest rates. The Fed is departing from Draghi, who is destroying the future of Europe, and the Bank of Japan. This is really turning into the “Clash of Titans.” This is also helping to keep the dollar as the only game in town.

Last week, the Dow closed BELOW the technical support level, and, as I warned, that had to hold on any retests but failed to do so. This was the market’s warning between the chaos of the elections. The Fed realizes it has to raise interest rates to try to ward off the growing demands to seize all pension funds in the nation to bailout public pensions in the various States. The future looks a bit cloudy at best.

We need to watch gold as well. If gold exceeds last year’s high of 1307.80, the likelihood of a sustained breakout beyond 1360 is not very good with a strong dollar. However, such a move would confirm an extension of this entire mess and any reversal where there is a sudden crisis in confidence in government within the main segment of the population would probably come in 2017. This makes sense from the perspective of 2017 being the year from political hell. It also would not rule out the ultimate swing for gold to crash to new lows, which would really twist minds with rising rates and the dollar.

June is the first target for a shake in confidence with the BREXIT vote. It still appears they are desperate to rig the vote. David Cameron has been calling upon everyone to paint a dark picture if Britain leaves, which demonstrates how important this is to the survival of Brussels, not Britain. Everyone from Obama to Christine Lagarde have been in London to warn the Brits to stay in line. Even if the real vote is to leave, as Stalin said, “Elections are decided by those who count the vote.” The election fraud in Scotland should warn that this is probably in the bag for the “establishment,” and that does not look very good for Britain.

So hold-on. The markets are still churning. A monthly closing for the Dow beneath the 16000 level will warn of a new low under 2015 going into 2017. Nevertheless, everything will flip when the general public comes to realize that the future looks very chaotic and it boils down to how can you trust. That is when the flip comes from Public to Private. 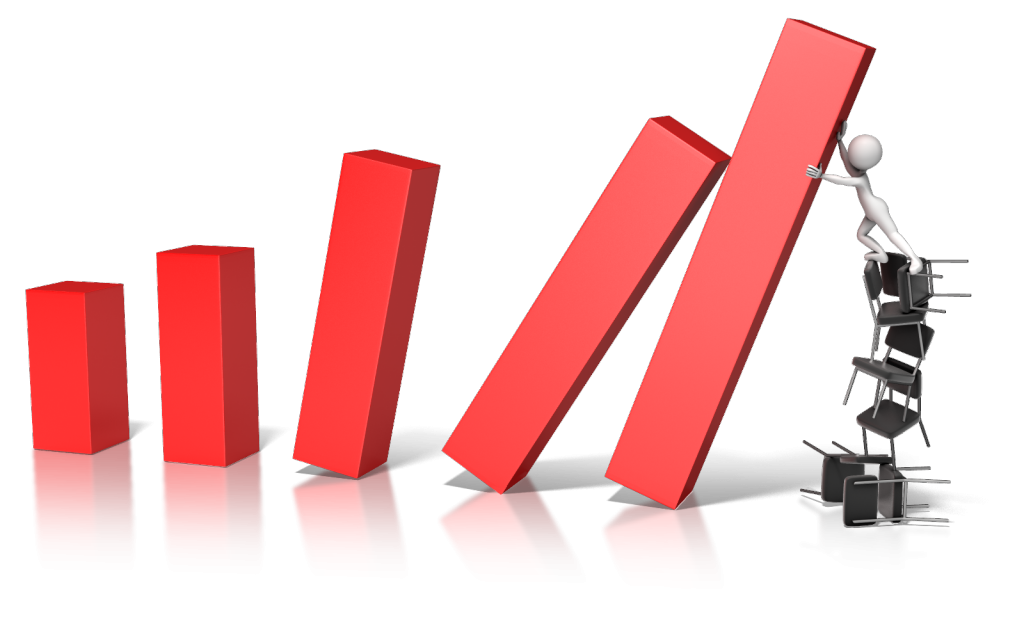 Keep in mind that the Fed is caught between the worst of two worlds. It needs to raise rates to save pension funds, yet higher rates are going to devastate the bond markets and blow out federal budgets. I have been warning that there will be NO INFLATION as long as rates remain low. Raising the rates is the only way to ignite inflation. Europe and Japan and just brain-dead.

People have been indoctrinated with Marx and Keynes to such an extent that they cannot invest because they are confused and assume rates up, stocks down. They just listen to the talking heads on TV and never grasp the real history of this move.

Therefore, a break to a new low will get everyone offside and assume this is the mother of all crashes. This is when the reversals and timing will help to pinpoint that low. Keep in mind that we need the majority to turn bearish to provide the fuel to the opposite move. This is just the way markets function.