The Dow Down & Dirty

COMMENT: OK Mr. Armstrong. Looks like the government was right. You come out and said the Dow reached a turning point and it crashes. You posted: “In the US Share Market, this is now a turning point we have reached. I have warned for months that exceeding the November high would lead to a January high.” You are too influential. 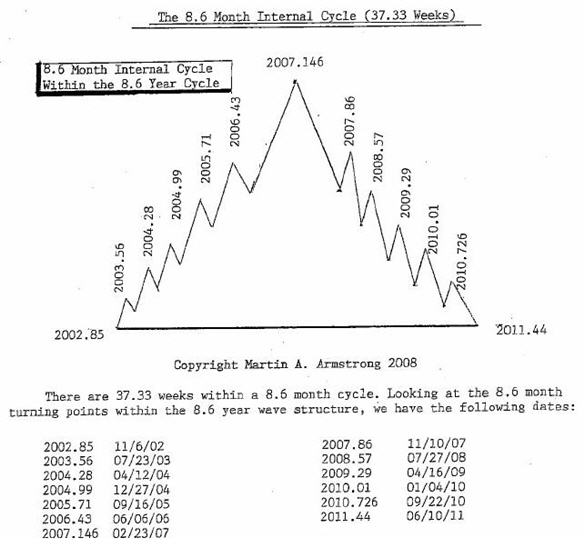 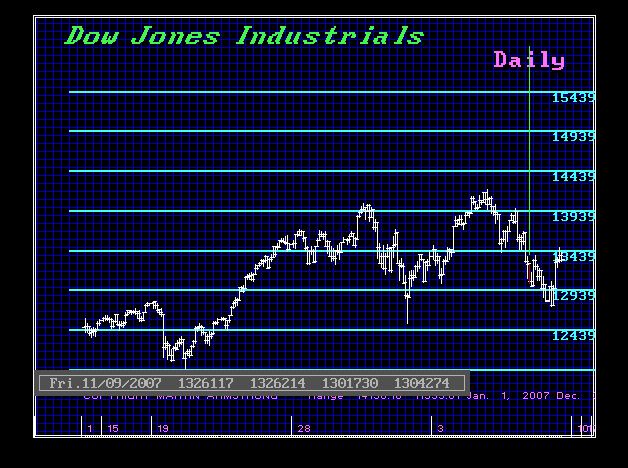 REPLY: Or perhaps our models are correct. This nonsense that people can move the market is absurd. Governments have spent trillions and failed. Why is it I am the only person who can move the world? Does a tree make a sound when it falls in a forest even when nobody is there to listen? They tried to silence me yet it still did not matter. Here is the internal 37.33-week cycle within the Economic Confidence Model. The target date 2007.86 was November 9th/10th. It was November 9th, 2007 that all four Daily Bearish Reversals were elected from the major high. Why do things take place precisely to the day even when I do not announce them?

So far, we have elected the first Daily Bearish Reversal. There are three more to go before we can say we are headed into a March low. Time will tell. It should be choppy for the next couple of weeks. When you gap lower like this, you normally will bounce and eventually fill that gap. So caution is always advisable.

The first high was the precise day that the Real Estate market peaked in 2007. They called that Armstrong’s Revenge on the trading floor that day since it was again to the day. That was precisely to the day of which the same calculation produced the very day of the low during the 1987 Crash. Markets peak and bottom in sync with our models around the world even when I do not mention them. Even Greece petitioned the IMF for help precisely on the turning point. Then on the very day, Russia entered Syria on 2015.75. These events are all the same model and the calculations are cast in stone.

Sorry – there is just something beyond the surface that warrants our attention. These dates are not random. They cannot be fudged. You can blame me, but they have existed before my time and will continue beyond my lifetime.