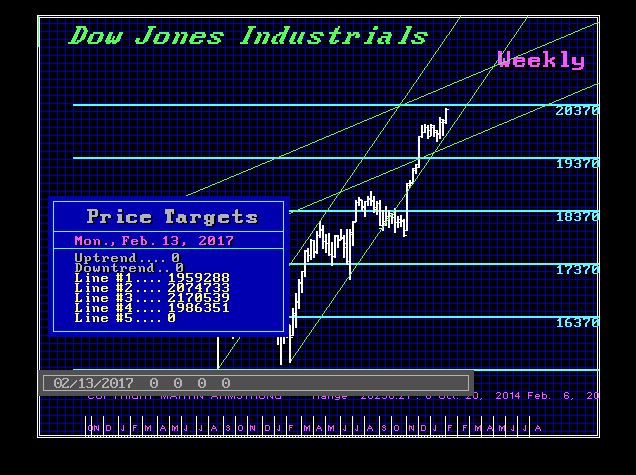 A lot of people are scared to jump into the US share market. Some who have been regular investors write: “THIS MARKET SCARES ME!” They are getting vertigo. Yes, the old saying what goes up also goes down is keeping a lot of regular traders seating bullets. They cannot handle these levels and do not want to buy so they keep trying to find the sweet-spot to sell. This rally really has nothing to do with Trump. This is more about people getting really scared outside the USA and are looking to park money.

Those who ask what if Bloomberg or the WSJ reports what we have been saying; Would that cause the market to surge to 23,000 in a day or two? The answer is absolutely no way. Besides, neither Bloomberg nor the WSJ would ever quote our forecasts. So no worries. There is no way they will give us any credit for anything. They must support the bankers and New York City. That is their first and foremost agenda. They have their routine herd of analysts they quote. They are not interested in reporting what we do for then it would beg the question why quote us if the NYC bankers say no way?

That aside, the Dow has rallied to each of our resistance levels and stops there, then it pushes through the next day. There is no indication as of yet that we should expect to reach the 23000 level right now. I have warned we have critical resistance in the 20700 zone and then the mid 21000 zone. We are starting to run out of time right now. That does not mean we do not rally again into the latter part of February about the 27th.

Our critical resistance, to be more precise, is in the 20747 range and that is what we have to get through to see a spike up to the mid 21,000 zone. Tomorrow resistance will be 20658.24 and an opening above that will be strong. Overall, this rally could extend into the 27th. However, that does not mean up every single day. Support tomorrow begins at 20474.62. 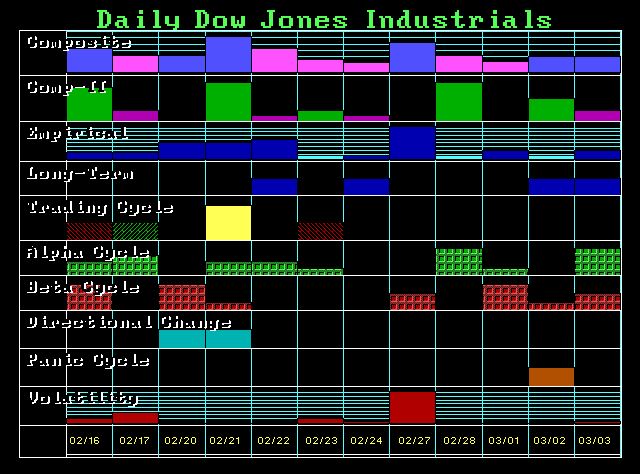 The timing target for a possible MINOR turning point will be tomorrow the 16th. Thereafter, we have the 21st and 22nd then thereafter the 27th, which should produce the opposite of next week. We have back-to-back Directional Changes for the 20th and 21st. This warns of choppiness next week. 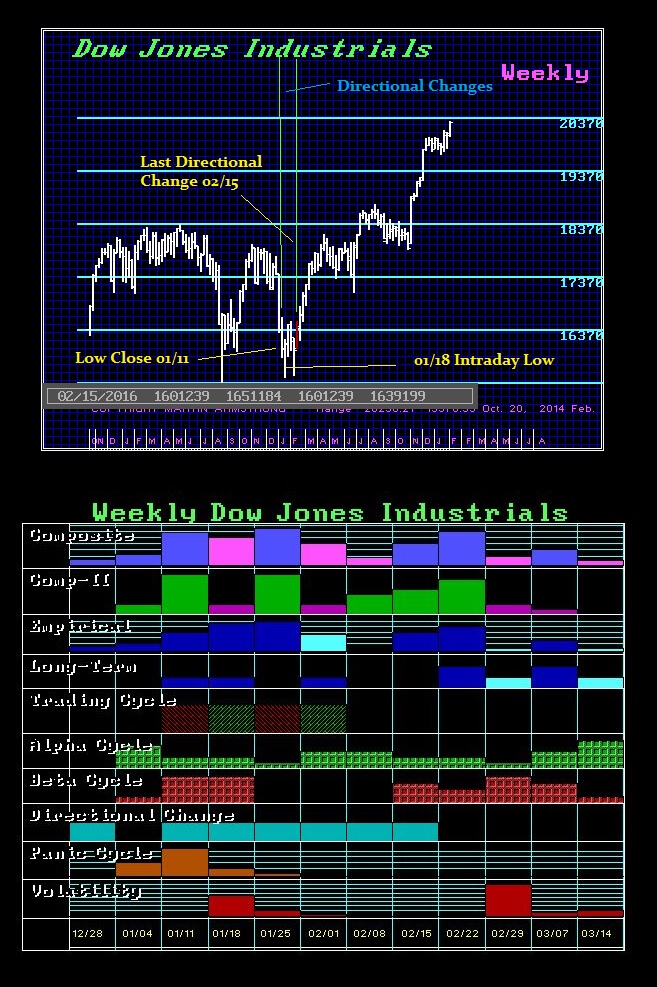 Keep in mind that turning points can be either closing or intraday. Moreover, back-to-back Directional Changes typically indicate choppiness. This is how the market responded last year to that wild serious of consecutive Directional Changes. This indicated a highly choppy period that was forming the incredibly important low.