Dow Summary for the Close of the Week 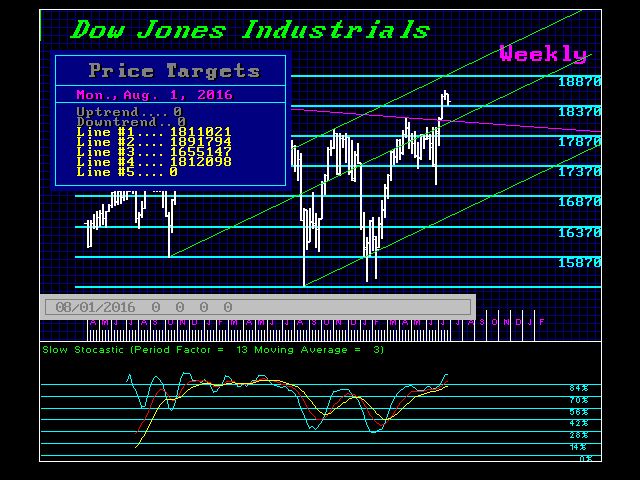 The bulk of the people remain bearish yet always call for a major crash. All I can say is that the patterns are not anything like what these people as saying that a 9-day straight decline is always followed by a crash. The market is by no means over bought or in some dangerous extended position. The Weekly Bearish Reversal lies in the Dow well below the market at 17740. We did elect a Monthly Bullish at the end of July so this warns we can still press higher into September. Our critical monthly technical support lies at 18058 during August. Major technical target resistance going into September stands at 21935. The first target for key resistance stands at 19610 and support will rise to 18282 by September. Our monthly turning points are choppy with September then November followed by February.

Just pay attention to the Arrays and the Reversals. They are the indicators that are far better than anyone’s opinion.