Dow Prospects for the Breakout 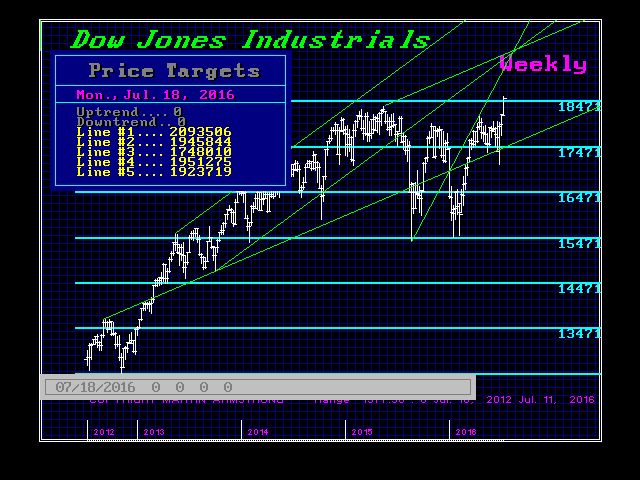 QUESTION: Marty; You said we could see new highs form in 2016 for the Dow, but the breakout is more likely in 2017. Has that changed?

ANSWER: We will be updating the share markets shortly. No, that has not changed yet. We did not elect the Quarter Bullish Reversal at the end of June. We warned if that were elected, then we could see the 20,000 level by September. We are fooling around with the first major resistance level at the 18500 zone. It is possible that we could punch through this resistance to reach the 20,000 level and then back-off one more time before we get the breakout of Phase Transition.

Keep in mind that the new high in 2016 marks the first stage of 7 years up from the 2009 low. This does not appear to be the final high. Still, there can be a scare with a retest of support for the fall. We have 2018 and then 2020 to look forward to, and the volatility should begin to rise in 2017.

For now, we have to be concerned about a July high this week with a retest of support coming.