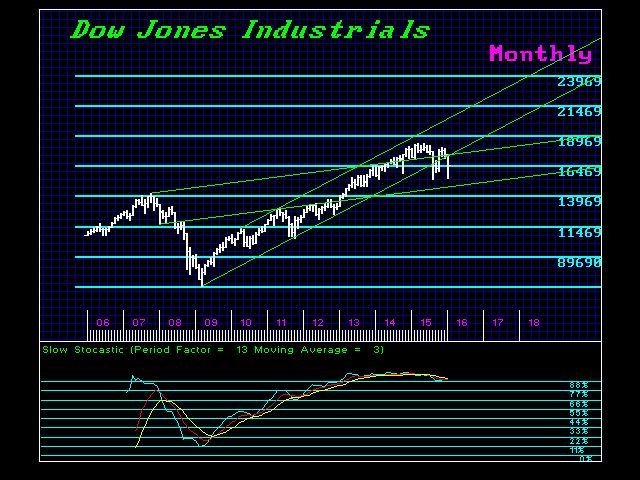 Technically, the Dow Jones Industrials almost set up to make a “Channel Move” between two channels, but they interestingly overlapped instead with no gap between. This is one reason the S&P 500 could break last year’s low, but not the Dow. We made a new high for the month on Friday closing at 16639.97. We elected a minor Monthly Bullish Reversal in the Dow last month at 16175. Here the low remains the week of January 20. We really need a monthly closing above 17800 to signal that a breakout to the upside is likely. We have a Directional Change in March and the target for a turning point comes in April and then June.

Keep in mind that as the euro starts to give way, more and more capital will flee Europe into the USA. The smart money will buy the equity rather than government bonds.

A month-end closing ABOVE 16934 will be bullish. A closing beneath this level is will still bearish near-term.