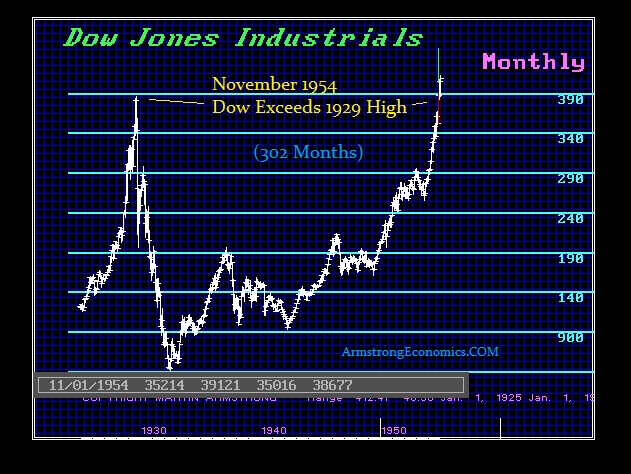 QUESTION: Mr. Armstrong; The analysis being punted around is that the crash from January was caused because companies stopped buying back their own shares. The analysis claims that $4 trillion in buy-backs have taken place since 2009 and they stopped because of regs and that was the cause of the crash. It seems to me that this is bogus for the Nasdaq rallied into March and it was the Dow that led the whole way. This analysis appears to be fake news for it is as you say, trying to reduce everything to a single cause. Would you agree?

ANSWER: Absolutely. Yes, Bloomberg wrote about that and put out the research of Goldman Sachs. During the Great Depression, companies tried to support the market and were buying back their shares aggressively during the crash. It not only failed to support the market, it undermined the companies themselves and many failed because they could not raise money nor borrow money as the Great Depression continued. This fundamental sounds logical, but it is just nonsense. Not only did companies rush to buy their own shares back as the 1929 Crash unfolded, they even went as far as to offer loans on their own shares to workers. I wrote about that in the Greatest Bull Market: 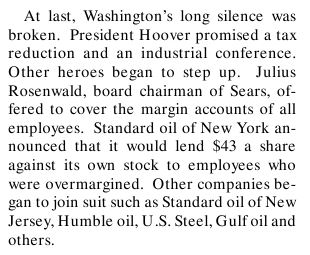 None of all this support had any impact in stopping the Crash. As I have stated many times, everything is connected. If the entire market is crashing, a company trying to buy back its own shares to support its share price has NEVER worked even once in reversing the trend. Bloomberg’s report is indeed bogus. It is simply trying to report ah – this was the cause! It never works that way.