Will Basel-III Changing Gold’s Status as a Reserve Asset for Banks Change the Future? 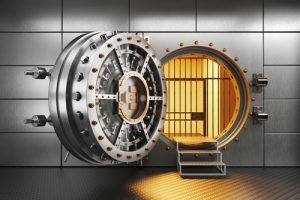 The Bank of International Settlements under Basel-III changed the status of gold as a reserve asset effectively on April 1, 2019. Gold used to be viewed by the banks as a risky asset and classified under “Tier-3”, which meant it was considered risky and could only be carried on the books at 50% of the market value for reserve purposes.  Naturally, gold has historically been classified as a Tier 3 asset because its value fluctuated. To the extent that the value was reduced for reserve status by 50% ensured that there was little incentive for banks to retain gold as a reserve asset regardless of their beliefs.

Since the BIS reclassified gold as a “Tier-1” asset, its value is now no longer reduced but is reflected as 100%. Now people assume banks will run out and buy gold. The problem is that it is not a fixed price on the balance sheet but it is regarded only as a 100% of market value.  While some claim that this makes Gold a “riskless” asset in the eyes of world banking authorities, they fail to note it is market value. Cash does not fluctuate $1 is still $1 regardless of what it buys.

Banks are NOT in a mad rush to buy gold and shift their reserve asses when they cannot employ gold in the banking business. True, there was once upon a time when banks cherish gold reserves but that was when gold was fixed on a standard. It will by no means increase confidence in any bank or the system as a whole. Gold remains illiquid insofar as a reserve asset is concerned.

While there is no incentive for banks to load up on gold even if it is a Tier-I asset from a banking and economic standpoint since we are not on a gold standard and its value will fluctuate unlike cash reserves, There is another reason why a small portion would make sense to retain in gold outside of the United States especially in Europe. The reserve status that is Tier-I in Europe would be bonds of all member states of the EU. There is obviously a risk in that respect.

These standards, collectively called Basel III, compare a bank’s assets with its capital to determine if the bank could stand the test of a crisis. Capital is required by banks to absorb unexpected losses that arise during the normal course of the bank’s operations. The Basel III framework tightens the capital requirements by limiting the type of capital that a bank may include in its different capital tiers and structures.

Because not all assets have the same risk, the assets of a bank are weighted based on the credit risk and market risk that each asset presents. For example, take a government bond may be characterized as a “no-risk asset” and given a zero percent risk weighting. On the other hand, a subprime mortgage may be classified as a high-risk asset and weighted 65%. So Basel III considering government debt as “no-risk” is a little foolish when we look into the years ahead.

Gold will offer a neutral bank with respect to government debt holdings, but it will still not provide a stable base of an asset since it will fluctuate rather than the immediate currency base. Gold will offer a hedge against sovereign debt among European banks more so than America.