The Game is Over – Market Perspective 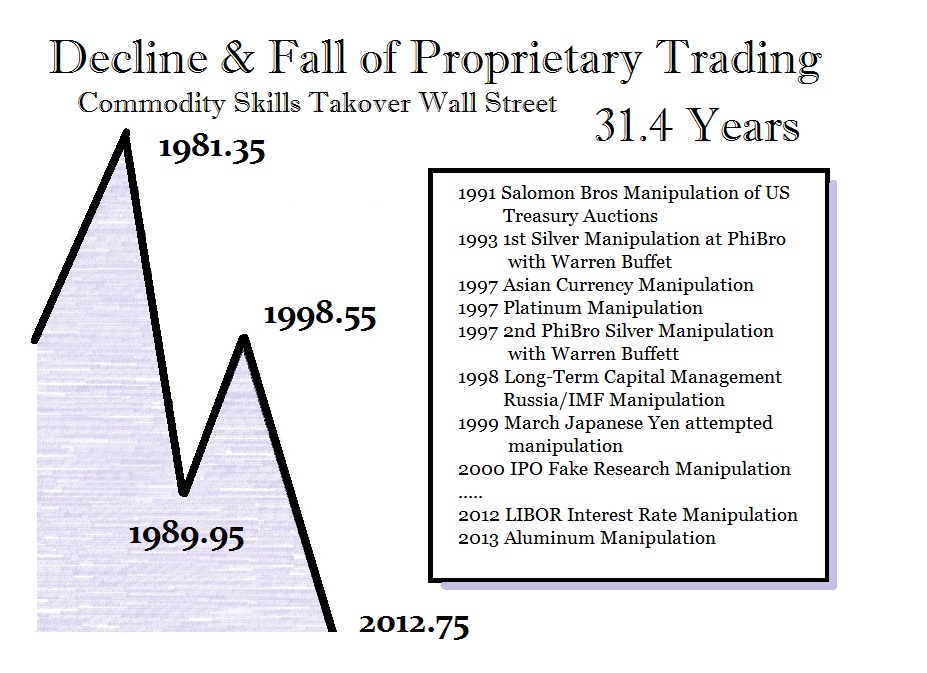 The fuse has been lit. The world economy is in serious trouble and we have the worst possible people at the helm. You have Obama who wants to double the funding for the SEC and CFTC to go after the banks because he smells blood. He also wants to add a $10 tax to oil just because he sees it as something else he can tax.

The question becomes, just how long can we try to climb out of this mess before it consumes the entire rope? It does appear that the greatest period of turmoil will be 2017 moving into 2020. Whatever can go wrong, will go wrong. We have everything culminating from a sovereign debt crisis to the War Cycle intermixed with political destabilization. Indeed, 2017 is going to be the year from political hell. We have elections in Germany and France, and the referendum in Britain exiting the EU. Then throw in the real potential for the election in the States to flip to Trump. The world as we have known it is coming undone.

When we look at the markets, they are clearly trying to speak to us. Many markets avoided their year-end numbers like gold closing ABOVE the 1044 level. This, we warned, meant gold was not as weak as it might appear. The Dow closed lower, warning there too a correction was underway.

So far today, gold opened at 1197 and ran up to the 1215 area, hovering around our opening pivot point for today which was 1207.57. Keep in mind that the resistance stands in the 1226 area but the real key here is to accomplish a closing above 1209 on Friday. Then we can get a pop up of about $100 which would convince many it has turned. But alas, the stars are not quite aligned just yet. Our yearly resistance starts at the 1309 level so this is how far we can push gold right now. Beware, a break back below 1179 will warn the market is turning negative again.

The Dow opening pivot point for today is 15747 and our extreme support for 2016 lies at 13100 level. The S&P 500 has been leading the way down. This is not something to overlook. I have stated countless times the difference here is the Dow reflects big international money and the S&P 500 is concentrated with domestic. As the European banking crisis continues to unfold, the euro caught a bid as capital was being withdrawn from overseas investments. Many big banks have been shutting down their dealing desks. They are handing back screens from all the companies like Bloomberg as the industry contracts. This also has resulted in liquidating foreign trading positions. U.S. prosecutors placed excessive fines on European banks and have changed the game. They want to pretend they are protecting the markets, but in reality, nobody goes to jail and they just line their pockets with huge fines. This has set in motion the great migration of the financial industry and we can see from the chart above on Deutsche Bank, it does not look very good. 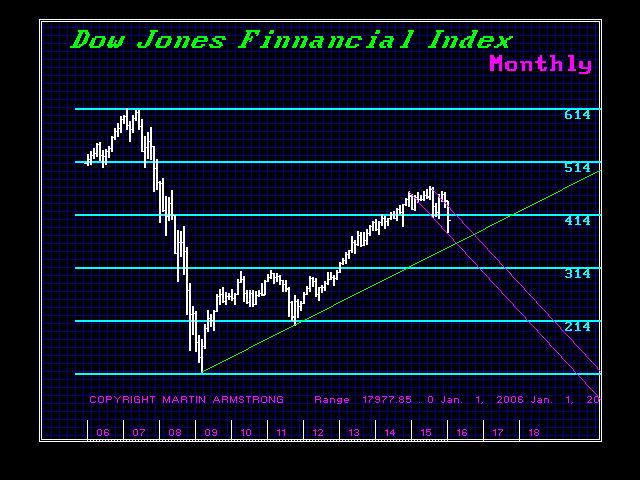 Nonetheless, banks overall are not looking healthy long-term. Looking at the Dow Jones Financial Index, we can see here that this sector did NOT make new highs above 2007. This is not something to overlook. I have warned, get out of financial stocks. The game is over.