The Fudge Factor – Close vs. Intraday 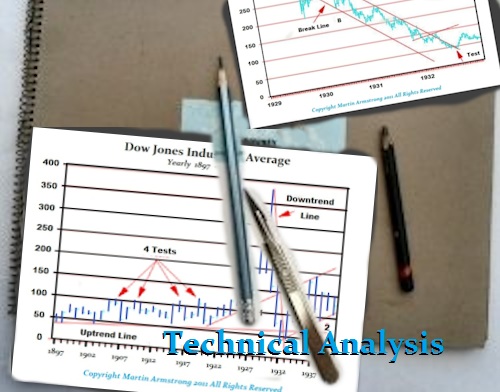 Thank you in behalf of  all of the investors/ traders who  are  awaiting to join Socrates soon .  my question is  you said in  recent  blog today  ”  If we break and close August at least BELOW 15961, then this will open the door to a 5 month correction into October with a maximum decline of about 5000 points,” also  said

” you can make a new low in September, not so steep, and rush back to close higher for month-end. This would become possible perhaps with at least a monthly closing below 15961. But a August closing BELOW 15550 would point to a correction into October. “ 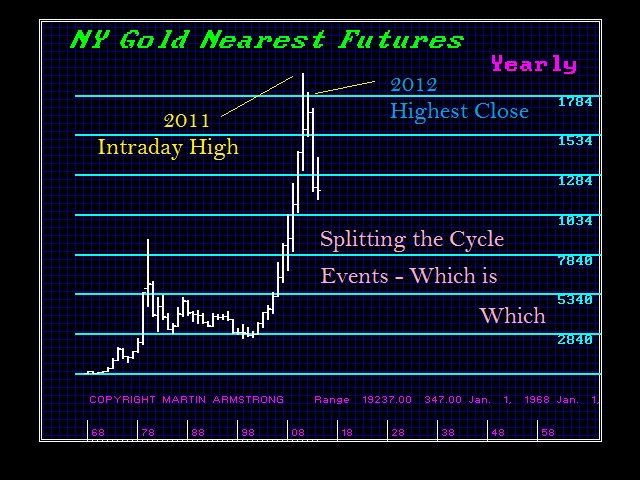 ANSWER: Yes. This is caused by the fact that a cycle can take place on two levels — intraday and closing. For example, gold peaked intraday in 2011, but the highest closing was actually 2012. The two events can be split. This means that a monthly closing below 15550 would tend to warn of a more pronounced decline being prolonged into October. A simple month-end close for August BELOW even 16688 will warn that we could still penetrate the August low, but not necessarily closing lower in September.

This is the questionable “fudge factor” we must take into consideration. But a new low in September and a lower close would point to new lows into October. With this degree of Directional Changes in a row, something extraordinary in itself, this tends to imply a choppy trend that will reduce confidence, but there need not be a collapse. The lack of a bounce could build the bearishness.

So these are the potential patterns. We must allow the market to tell us what it is going to do, as the key is reading the market. Part of that is the quantitative movement relative to key points on our model. This is what makes the 15550 important. Moving below that and we have exceeded the point of support going beyond what existed in 1987 relative to our model.