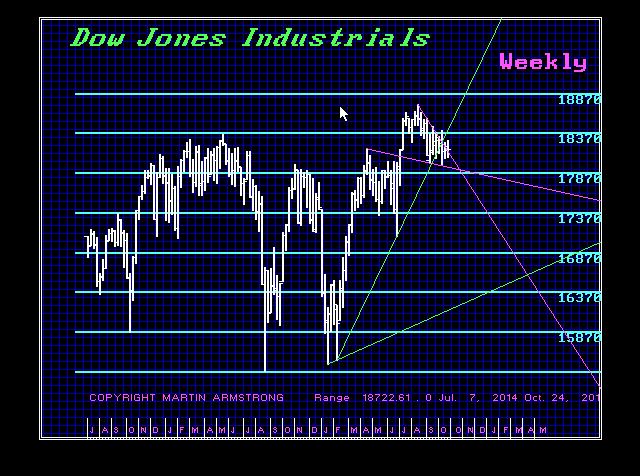 QUESTION: Mr. Armstrong; So many people keep calling for a stock market crash. At the same time, it has hung on to the 18000 level in the Dow for dear life. Do you see such a devastating crash as even possible? 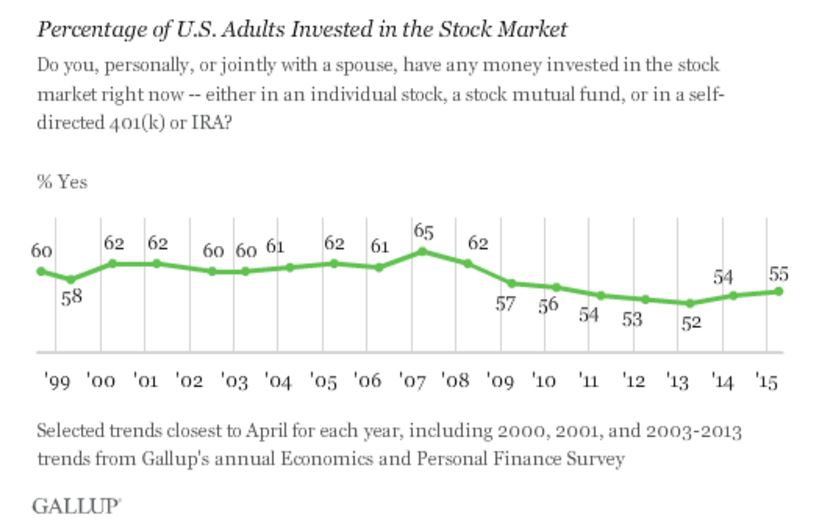 ANSWER: No possible way. Retail participation is at near record lows. It has just started to lift begrudgingly. Even the Gallup poll on Americans shows the same thing. Retail participation is at best 55% down from 65% in 2007. Liquidity, however, is still off by 50%. This does introduce the likelihood of Flash Crashes and Flash Rallies. Such events are by no means because of a pending major crash. Just where do you put money if bonds are dead and banks a questionable? Of course some will yell gold. But gold is for the individual. Pension funds and institutional investors with billions and trillions cannot invest in gold bullion with no yield. Gold stocks, yes, but bullion no. 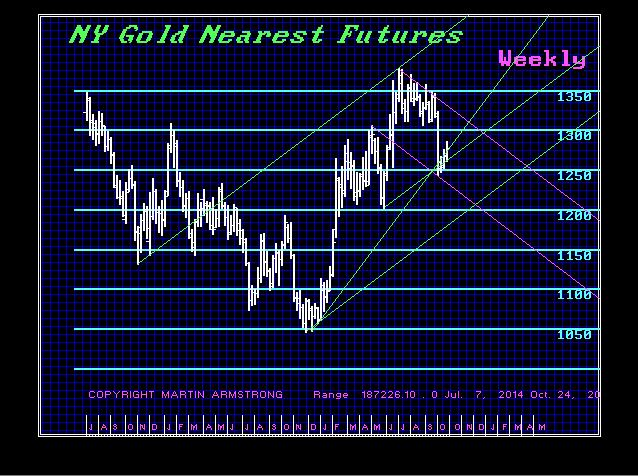 Gold should bounce and rally to test the 1340 level by year-end. We need a weekly closing above the 1336 level to show some sustainability. Resistance begins at 1308 and we need a daily closing above 1319 to be impressive.

Keep in mind that this is the Year from Political Hell. The second election will be the USA and it is clearly a contentious race with the Bush family saying they will vote for Hillary proving that they too would screw the country to save the political status quo. This is like Obama going to Britain telling the Brits if they vote for BREXIT, screw you, get to the ‘back of queue‘ for the USA will prefer dealing with the French and Germans than British.

November is a Directional Change and then our next big target is January. We will be doing a Gold Video Update tomorrow.