So Who is Still Long in Gold? 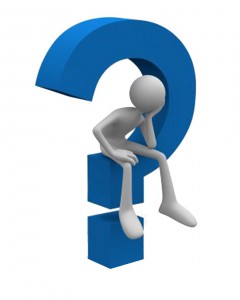 As you move into a major low, it is not about who is still long, it is who is short. As gold capitulates and spirals lower, the gold promoters are running out of nonsense to justify it rising while the world is declining. What happens is two aspects. Those who have been long lose their shirt, pants, house, wife, kids, the car, and the dog. The buy-every-dip-average-in advice becomes toxic, just as it did during the Great Depression in stocks – hold now for new highs by year-end is always the prediction. So yes, the investors married to the trade typically lose everything and when the cycle changes, they likely will not buy again unless new highs come into play for they will say, “No thanks, been there done that.” Any rational person can analyze the sales-pitch about fiat and hyperinflation and see that they existed for 19 years as gold declined. Such fundamental analysis scenarios always crumble to dust and fall to the ground for they are never true to the history of events.

At the top, the majority is long and they become the fuel to make any market crash and burn. Shorts and conspiracies do not force markets to decline; it is always the LONGS themselves. Someone whom is long sells because he cannot hold and each has a different pain threshold. The market crashes for there is no bid. It takes courage to try to catch a falling knife. Again, this applies to ALL markets.

At the bottom, the opposite unfolds for everyone will be short. They will pile on looking for $600 gold and will count their profits upon entering the trade. They become the fuel to send the market higher for it always begins with a short-cover rally; people continually try to sell each rally, looking for that new low, just as the people at the top remain convinced that a decline would follow with new highs.

So yes, the majority must always be wrong. That is how highs and lows are established. Going into the low, the vast majority of analysts will flip to bearish. Even the gold promoters will fade for nobody will listen to them again. Look, in 2011 when we warned gold would crash to under $1,000, every name in the book was hurled at us. Gold promoters refused to interview us or report the forecast. Many spent hours trying to say that they were right and we would be dead wrong. It was always cast as a war against fiat. Every excuse from no gold in Fort Knox, to market manipulation by banks, to China would be a real market and make its currency backed by gold as Shanghai destroyed paper gold. The scenarios were endless, but never realistic. Not one stitch of proof exists to point to such a scenario ever taking place in history. Yet they seriously hurt the market and ruined the financial future of many innocent people who trusted them.

ONLY when the majority becomes bearish at the low do we reach that sweet spot, and it becomes time for a reversal of fortune. Then on the initial rally out of the ashes, nobody will believe it. Just look at Barron’s and how they reported our forecast back in 2011, stating that the stock market would make new highs. They did not believe that we would be correct because the majority was looking for new lows. When we predicted that the stock market would exceed the 2007 high, many laughed at us, just as they did when we predicted that the gold crash would unfold for 3 to 5 years.

Categories: Gold
Tags: Gold, Past Forecasts, The Majority, Who is Short?