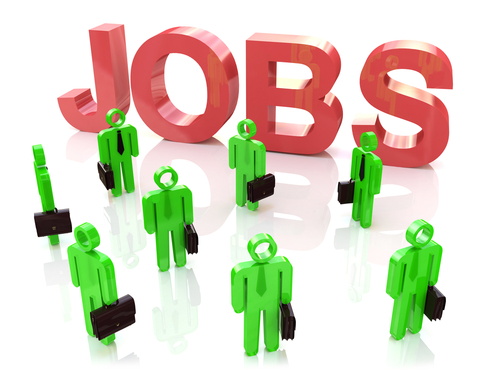 The job market collapsed in May, and on Friday the Labor Department reported that the nation’s economy added only 38,000 jobs. The experts were expecting a modest gain of 150,000 jobs. Additionally, there were actually 59,000 fewer new jobs in March and April than previously estimated. Then, looking closely at the 38,000 new jobs that were created, only 25,000 were in the private sector with the rest created in non-productive government jobs that feed off of taxes.

What people are also ignoring is regulation. Under Obamacare, there is absolutely no possible way I would hire more than 24 Americans. We have people working everywhere from Beijing to Germany. Then you have the pension crisis. Companies are hiring part-time to avoid pensions, and even the US Post Office is playing that game.

The heaps of regulations associated with this entire mess are crazy. And politicians want to raise the minimum wage to $15? All that will do is replace workers on a major scale. We already have robots and drones replacing workers because of regulations, pensions, and healthcare. Eliminate all that and $15 is no big deal. If government wants to get more money into the pockets of workers, how about eliminating the income tax? Although those with lower income do not pay income tax and get the bulk refunded at year-end, the government has borrowed that money free of charge and has cheated them out of an opportunity to invest. They complain that the rich get richer from investment while denying that opportunity to the lower classes.

When we look at the markets, each has moved to our key numbers and bounced. The Dow bounced off of the Monthly Bullish to close below it; gold held the critical number on a daily closing that would confirm the break under $1,000, and the euro bounced from the key support. The markets have not decided whether to breakout or breakdown just yet, and people remain confused. Nevertheless, the Dow did not crash and is still technically holding.

This is all reflective of the confusing trends in the shifting economy. The jobs numbers, on the one hand, would say no rate hike. However, if assets continue to take off, the Fed will be accused of helping the rich get richer and will have to raise rates or be crucified by the socialists. So as we have been saying, these are crazy times. All we can do is watch the key numbers and timing. 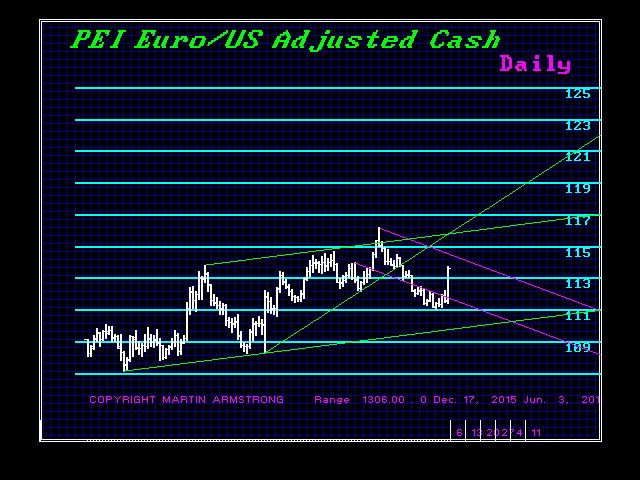 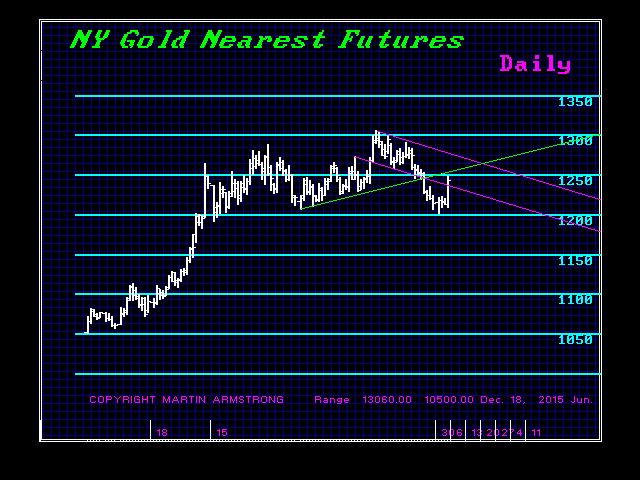 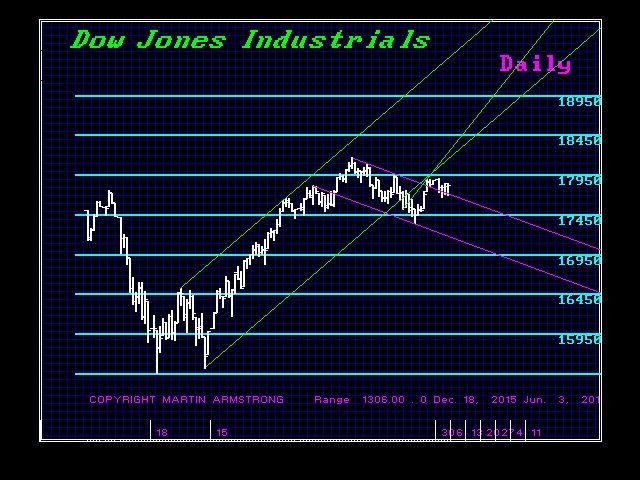