QUESTION: Hi Mr. Armstrong, I notice that the gold market and the Dow Jones they both had a high in January and since then they have been treading water, are these markets getting in sync or is just a coincidence. Also when it comes to the markets you have explained that we will always see the “if then” situation, my question is a what point do we know that this is the right time to pull the trigger on buying or selling? 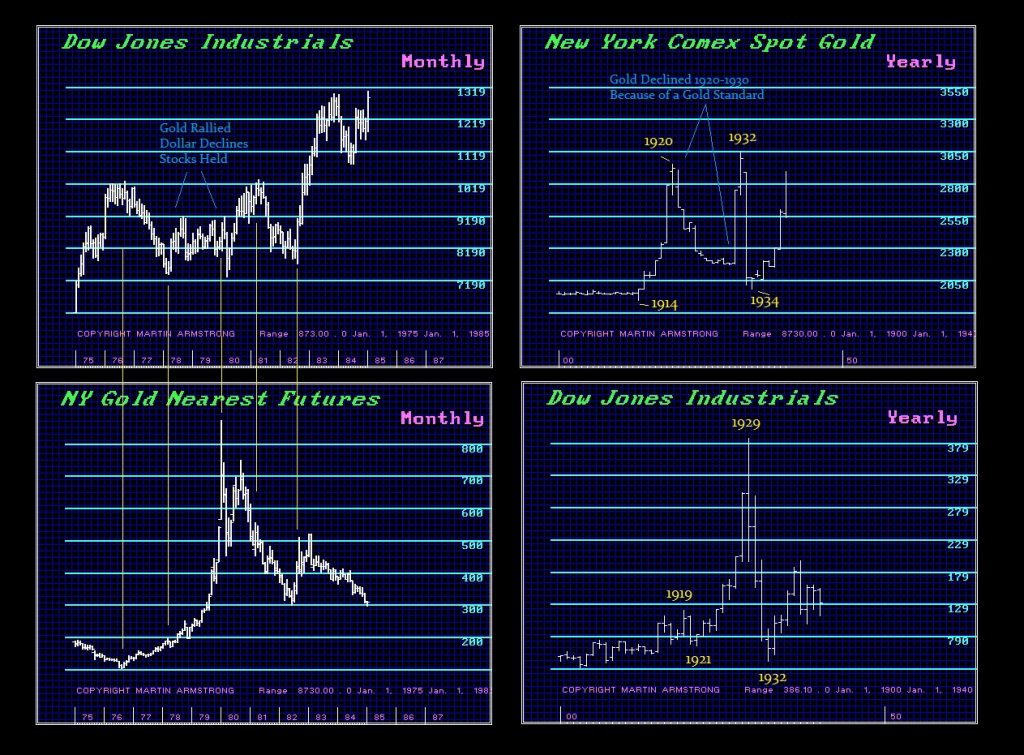 ANSWER: We are not there just yet. However, we are starting the Great Alignment and this is what needs to take place as we move into the future. The 99% of analysis out there on gold is just so wrong it is laughable. They typically call the dollar to collapse and gold will soar. They look at historical charts without understanding the economics behind them. Yes, you see gold rally between 1930 and 1932 so they forecast gold will rally with the collapse of the dollar and the stock market. However, 1931 was the Sovereign Debt Crisis where most of the world permanently defaulted on their National Debts. The USA did not. So because we were on a gold standard, if the price of gold rose, so did the dollar. OMG! That must be heresy!

During the rally for gold into 1980 when the dollar was declining in the floating exchange rate system, the stock market did not crash – it consolidated. These people spin out total sophistry that sounds great, cause so many people to lose their savings, and they never repent or try to understand why they have been wrong ever since 1980

The Great Alignment will be when all tangible assets rise against a declining purchasing power of the currencies which today are NOT linked to gold.

We are getting closer. Do not rush in where only fools are found.