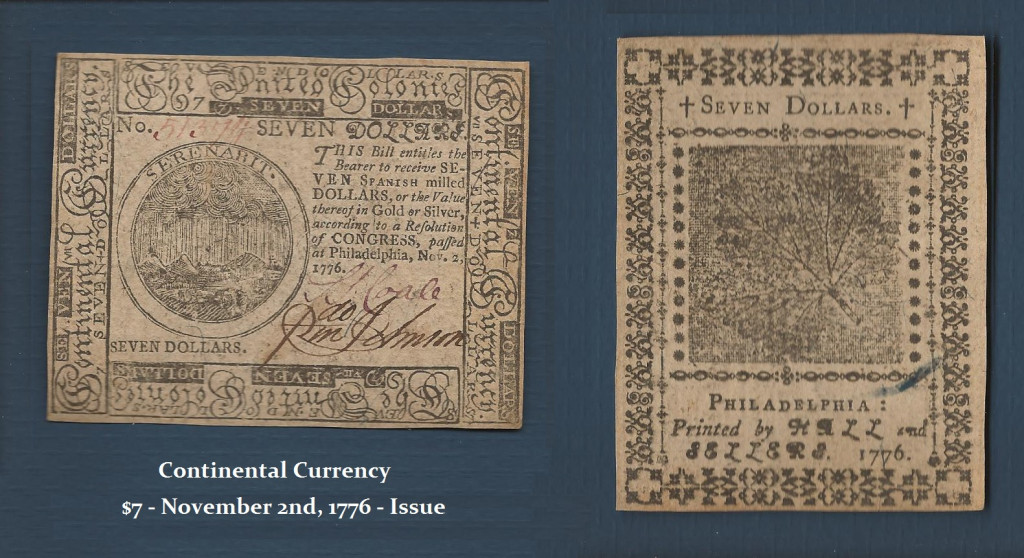 I read your post on gold today. After crash and burn, all those that are holding paper money will take a haircut.  So, irregardless of how high physical gold goes per ounce, at least it is a tangible asset, as opposed to what (toilet) paper money may be worth…am I seeing it correctly?

ANSWER: Correct but paper money will be swapped. It will not become toilet paper for then you have all out revolution and the heads of officials typically are lost during such events adorning the spikes for display. The constitution promised they would honor the debts of the former government, the Continental Congress. But they never said when. For those who chose not to wait, they swapped it 100:1 and those who believed they would be made whole by the politicians, well they received nothing but political promises. You can buy Continental Currency from coin dealers orEbay. That is proof they defaulted on those promises.

Trying to put a number of a value in terms of dollars is really irrelevant if in the end we are looking at a monetary collapse and a new system. Whatever the dollar will be worth in purchasing power at that moment in time will be masked by the swapped to these new electronic units of currency that will be worth far more. It’s simply how things are always done moving from one currency to the next. I knew a German who had bought all the old copper and nickel coins for scrap. There was a shortage of metal so the coins were deemed legal tender expressed in the new currency. He became famously rich over night. The tangible things survive such transitions.

The issue is purchasing power. They say one ounce of gold would buy a man’s suit in the 1920s. It still does today. Forget the $50,000+ nonsense. Even making such stupid statements are implicitly saying the dollar survives. How can you value something in a currency that would no longer exist? Welcome the new world monetary system when government gets its ounce of flesh out of everyone clinging to power as it slips from their grasp.