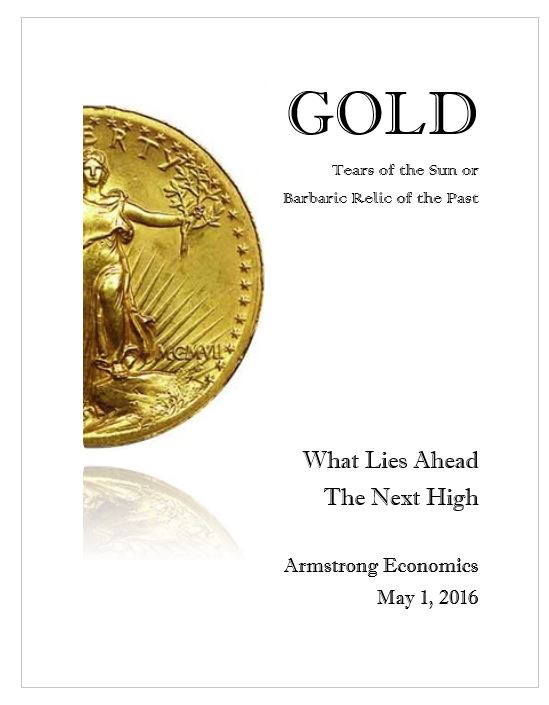 Gold for year-end has a number of 1044.50 if we close BELOW this next Wednesday on December 31. If we close ABOVE this number, it will not provide a buy signal nor will it avoid a sell signal. The only sell signal is way down at $680. A close beneath 1044.50 will suggest short-term immediate weakness, whereas a close above keeps the torture process in motion. 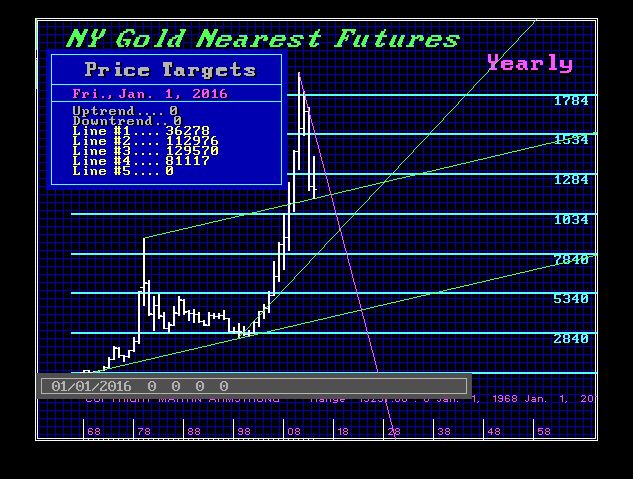 We have to realize that we have a conflict or split-high in gold that generates the problem. A reaction from the 2012 high close is 2015, but a bear cycle is complete from the 2011 intraday high after 2016. The worse case scenario is a bear cycle calculated from the high close of 2012, which infers a low in 2017.

We have a conflict at the high with the split between intraday and closing taking place in different years, this typically warns that what we get on one side far too often and implies the same on the opposite side should be expected. 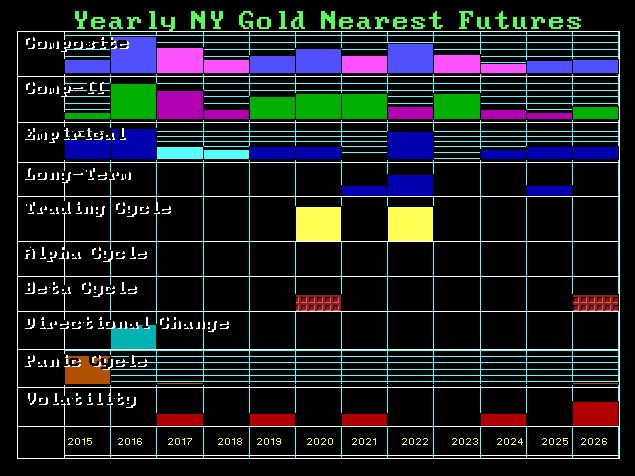 Therefore, a closing ABOVE 1044.50 for 2015 implies that this is not sufficiently weak enough just yet. This can mean only that 2016 will produce the lowest closing and 2017 will produce the intraday low. This type of outcome MUST be reviewed with the signal on other markets for this may be forewarning of war breaking out in 2017 in a much more profound manner. Nevertheless, the timing targets of the next benchmark and the price that we warned about at the conferences are still valid. It still appears that 2016 is the primary target and a directional change.

TIMING is everything. We will provide part I of the report for the metals after we get the year-end closings. The way the markets are performing right now are definitely making some very strange movements that are not looking very good on our broader long-term models.

We will advise as soon as part I of the report is available after we get the year-end closings. The weekly targets and arrays will be extremely important now.