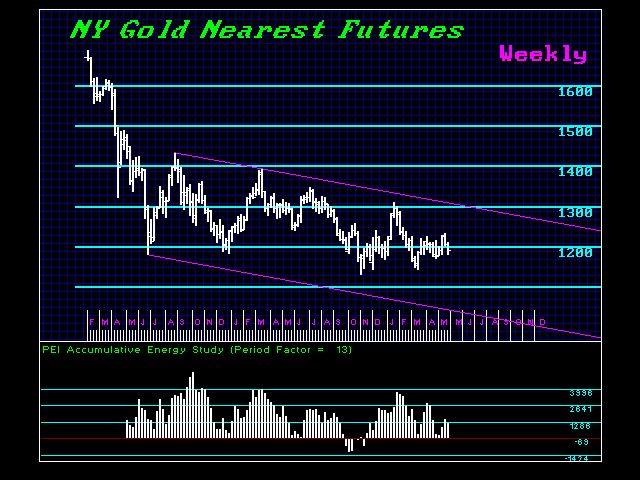 The purpose of the Reversal System is to provide confirmation of a trend. In gold, the potential for a pop into June required a weekly closing above 1239. We wrote on May 15, “A weekly closing above 1239 should confirm the pop to the upside. The key resistance technically stands at 1309 area.”  We failed to close above that level settling at just 1225, but the next week the pop could not exceed that price level even intraday, stopping at 1232. Nevertheless, gold does not appear to be doing anything abnormal remaining within the downward channel.

Therefore, the immediate trading range is confined by Weekly Reversals with the Bullish at 1239 and the first Bearish at 1183, with the more important number at 1168. 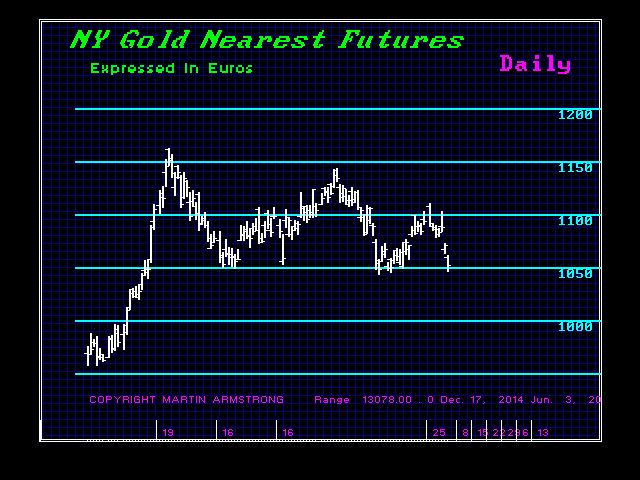 The machinations in Europe, and at first the rally in the euro, adversely impacted gold from the European perspective, helping to prevent gold from rising above 1239. 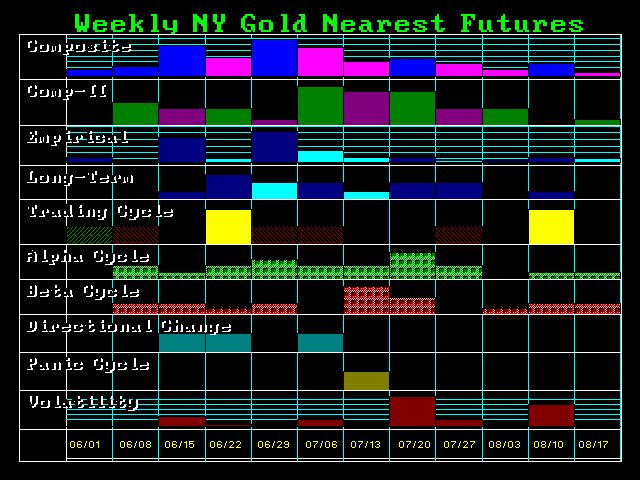 Still, June and July are nearby targets. There does not appear to be any serious change in trend before October /November. So we should expect choppiness for the summer.

My personal observation in Spain was that retail bullion coins were no longer sold in the banks or stores, which contrasted with what I observed in Italy. We also see problems in selling gold in France. Governments are targeting gold as a means to get money out of the banks, and they are doing their best to make it quasi-illegal by intimidation. Gold can be the underground means of conducting transactions if governments move to eliminate currency by moving electronic. That is when they could make it illegal to conduct such transactions as grounds for confiscation.

« The Crash of the Bunds – Long v Short
Breaking Gold »