Gold & The Hedge Against Government 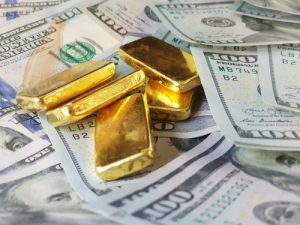 You have mentioned repeatedly that gold is a hedge against political uncertainty. For the past several years the price has hovered at the cost of production and exploration is virtually non-existent as capital has dried up.

Nevertheless, the world is a political mess as far as the eye can see. So, it seems odd that gold is not bid more aggressively.

ANSWER: The only time gold has rallied significantly is when the CONFIDENCE in government declines. That was the case during the post-1976 era for people saw inflation as running away. That was because of OPEC creating STAGFLATION meaning it was cost-push inflation that eventually converted to demand-push inflation by mid-1979. I understand that all of these gold-bug analysts have been preaching hyperinflation for decades. The whole Quantitative Easing (QE) was supposed to create $10,000 gold years ago. Here, after 10 years of QE, gold remains trapped in a consolidation.

Gold will be the hedge against political uncertainty and government ONLY when the people reach that critical point of losing faith in government. We are at the 35% level where people believe the government is the number one problem. When that crosses the 45% mark, things will start to become different. This has nothing to do with the quantity of money. Most millennials use their phones to buy things or credit cards – not cash. The idea of gold as a store of value has faded between generations. The worst thing you could do is judge the world by what you believe. Everyone will act only on their own reasoning and belief system.