Gold & the February Crisis: The Prelude to Chaos 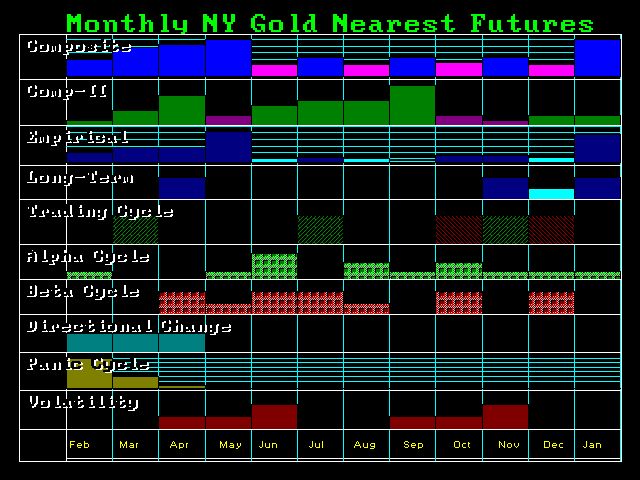 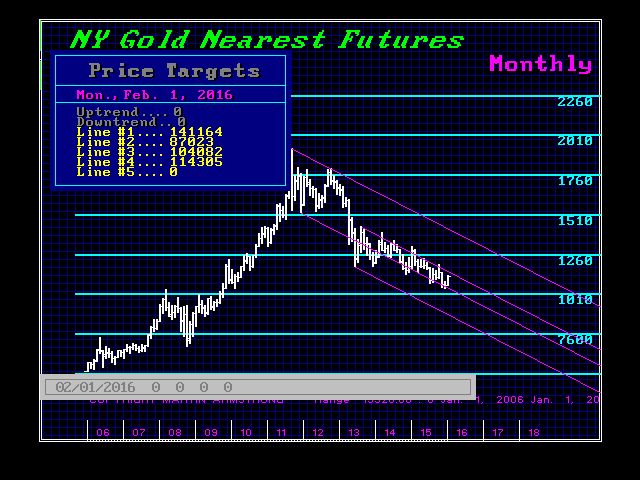 Gold has blown through the daily channel resistance so there is a gap on our reversals between 1209 and 1309. Gold should now press higher to fill that gap. The low came on the first benchmark right on target at 1045 ($1 from our number at 1044) and was 51.6 months from the 2011 high. The year-end closing ABOVE 1044 warned that gold was “not as weak as it may appear.” The top of the channel on the Monthly level where the longer-term trend is really defined stands at the 1411.64 level. Gold would need to exceed that level and then find support on the top of that channel to say it is ready for prime time.

All of this set the stage for gold to rally strongly as the Dow also hit a 13-year high after closing lower in 2015 than 2014. The markets are talking to us, yelling if you will, that a correction is in the wind on a global basis. The culmination of the trend will NOT be 2017, but pushed off into 2020 with 2017 looking like the start of the trend where confidence collapses in government.

Eventually, we need an alignment to set the stage for what may be the unwinding of western civilization after governments have managed to collapse before our eyes. The gold analysts at Yahoo News touted: “Gold, which is seen as an inflation hedge and a defensive asset in times of economic stress, surged to its highest level in over eight months, following speculation that the Federal Reserve could find it tough to raise interest rates further this year. It gained over 2 percent to trade around $1,227 per troy ounce.” Others are touting a Great Depression that will cause the stock market to fall 90% — so buy gold. The truth remains intact. Gold will rise because governments’ structured with endless debts will come to an end. That is the “rise” in interest rates that will unfold as the FREE MARKET stops buying their paper.

February was the Panic Cycle. It appears to be on target. The Monthly Bullish stands up at 1362. That is what we need to elect to suggest that a change in trend is possible. Otherwise, be cautious. We are looking at all markets pushing to their extremes. This is the prelude to the chaos coming in 2017.