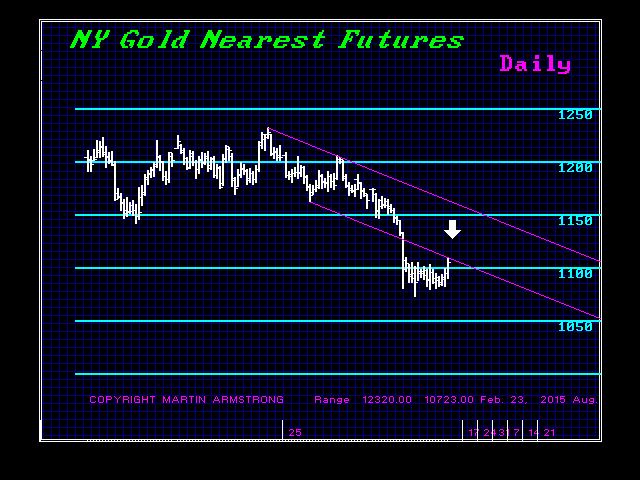 Gold rallied and stopped dead at 1108.50, just shy of the 1109 Daily Bullish Reversal. Technically, the market stopped at the bottom of the broad channel overhead. We do not have the confirmation of the rally into September until we achieve that daily closing above 1109. Meanwhile, support has moved up to 1085 and 1082. A daily closing below 1085 with a weekly closing below 1084 would warn of new lows unfolding going into September. This would also tend to imply that the final low would unfold on the Second Benchmark target rather than the first.