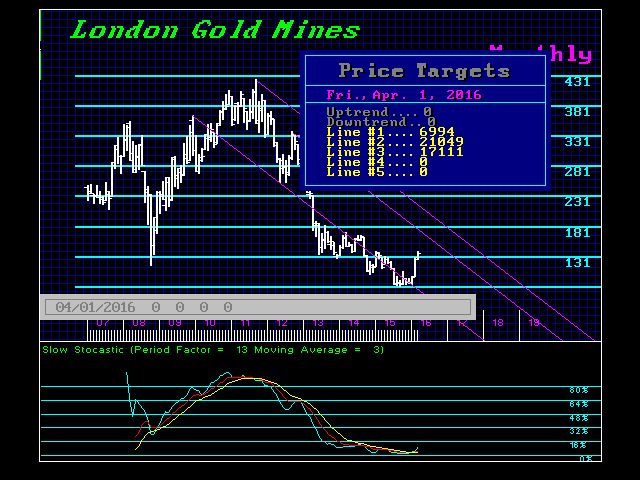 The gold stocks are really a mixed bag. Some companies will go belly-up and others will survive. Those with big debt positions should stay far away for as interest rates rise, they will get into a lot of trouble. For now, the London Gold Mines have made a seven-month rally. We have a Monthly Bearish now at 14390 while we are trading into the 14800 area down from the high. There has been no breakout and there is major overhead resistance. Caution is now advisable. It is best to take profits and reenter only upon exceeding the April high in May on a closing basis. We need to move up beyond April in order to see an August high from which we would probably see a five-month decline thereafter into January 2017. An April high would still imply a first quarter low in 2017. Ideally, 2016 should be the final low, but that could be on a closing basis. So we need to pay attention here. 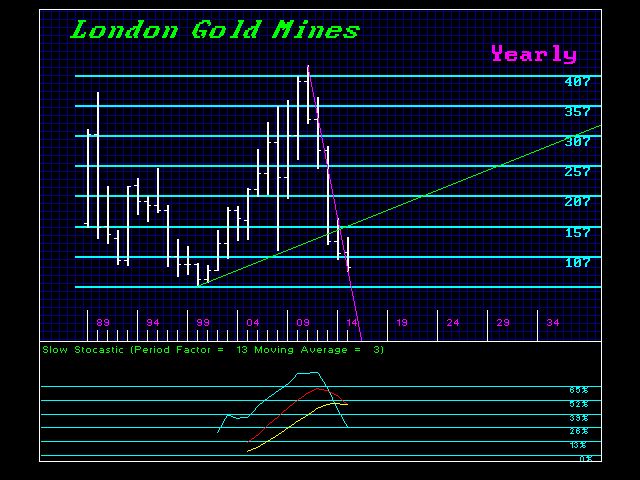 Here we have a 2011 high and a 2012 closing below the 2011 low; completely different from gold itself. Therefore, the risk of penetrating the 1999 low or creating a double bottom still exists here during 2016. It is possible that the gold stocks bottom in 2016 and we could see gold press lower into 2017 before this deflation comes to an end and interest rates start to rise when the MAJORITY begin to realize the central banks have lost all control. Then and ONLY then will everything get very interesting. (This is on the Socrates site)