It has been a long time since ….. has sent out a blog post, but I got one today.

When Mr. …. probably first started slamming you for calling the 2011 gold top, his …. was 7.82.  It is now 28 cents, and he is still touting gold as the only real asset and debt as only and always a liability and never money.  He fails to see (admit?) that while debt is, indeed a liability to the debtor, it is interest bearing money to the bondholder, since it can be used as collateral.

Of course, the Big Bang will change this, but in the meantime, sovereign debt is the “money” where most surplus capital parks.

Thanks for not being “married” to any position, especially gold these past 4 years.

REPLY: It is a shame how some people marry an idea and go down with the ship rather than admitting what goes up also goes down. Gold is NOT money. Money is WHATEVER people believe and say it is, for it must be a widely accepted MEDIUM OF EXCHANGE – nothing more. To some it is Bitcoin. To others it is euros, dollars, yen, or yuan, and to others it is their Google Wallet. Money is whatever makes someone comfortable: there is NO right or WRONG.

Right now, gold is being liquidated by the ton. It will complete the bear cycle as laid out in the International Precious Metals Report. We will be issuing the next edition soon in preparation for the change in trend. 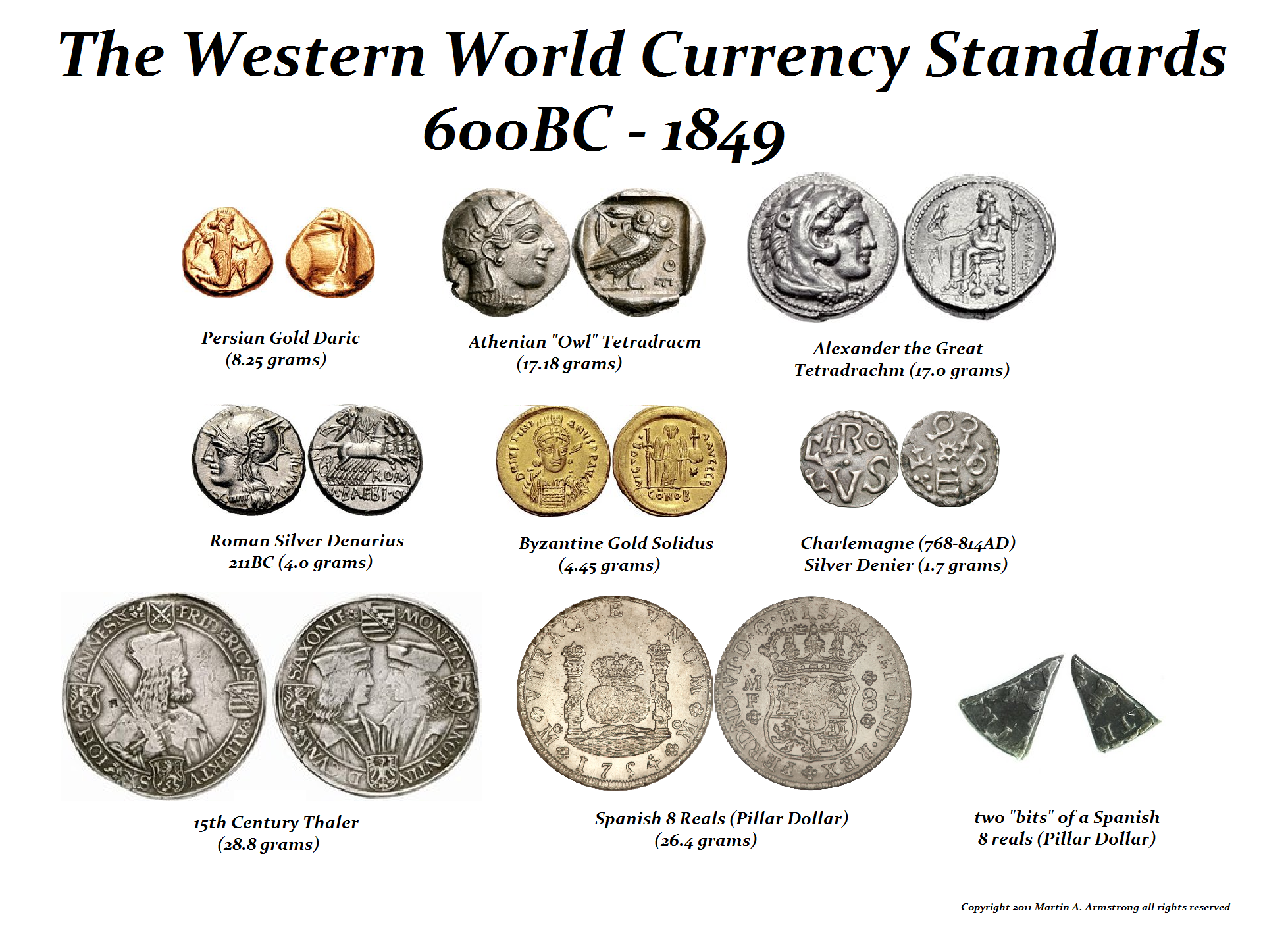 This idea of gold seems to fall into a religion. It comes across as someone saying your religion is nonsense and only mine is real. Money has been many things to many people, but it has not always been gold. Some people confuse gold with money, assuming that is the only means to escape government. This is not true, for anything tangible survives a currency collapse. This distinction falls only between movable and non-movable assets. In times of war, the non-movable assets, like real estate, do not survive. If the system goes all the way to a Mad Max event, then the only thing that will retain value is food.

There is no situation where you can say anything is the exception and only that item will survive. That is historically just not true.