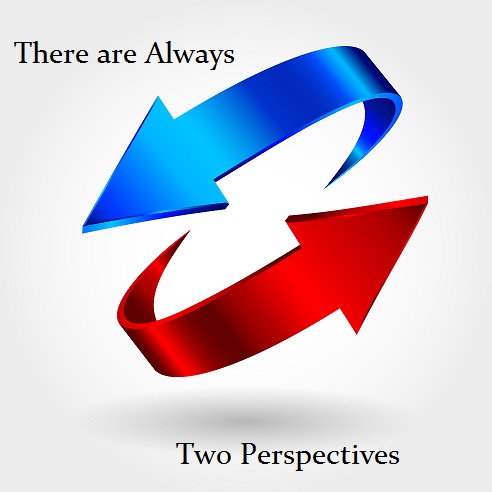 QUESTION: Did gold bottom on your first benchmark? When you say adjusted for inflation, gold should make a new high by 2023, do you mean we have to wait that long?

ANSWER: We cannot ignore the fact that gold bottomed in dollars on the precise day of the target on the benchmark. However, you cannot look at the world only from the dollar perspective. If we are going to break the bank of the world economy, that comes ONLY with a rise in the dollar — not a decline. Raising interest rates domestically will help. We already have foreign banks opening branches in the USA so they can park money in the excess reserves at the Fed and collect 0.25%. So even a break for gold in dollars under $1,000 does not mean new lows in other currencies. For a real bull market to form, we need gold to rise in all currencies — not just dollars.

Now look at gold for the high of 1980. You see a unified major high. While the gold promoters kept yelling it would rally and make new highs, it fell for 19 years into the final low for 1999. Look closely at these charts. You can see gold declining sharply in yen for example. It was holding in pounds, reflecting the weakness in the pound rather than the strength of gold.

Ok, let us now turn to the 1999 low. We do not see a unified low. There is a very curious development. Gold in euros bottomed ahead of everything else the week of January 5, 1998, which was the beginning of the euro. When we ran our global correlated models, what popped up was a very bearish expectation for the euro despite the media being paid to cheer it up. You even had the dollar haters cheering that the euro would kill the dollar and they would become millionaires overnight.

Now look at the euro chart. We have recreated the euro using the formula for entry and not the ECU which included the pound previously. The major low was in 2000, and the previous high was in 1995. The euro began in a free fall, crashing to test the 80 cent level in 2000. This contributed to the U.S. DOT.COM bubble for all the money was pouring into the USA in fear of Europe, despite the media talking the currency up.

The fact that gold bottomed on our model in the euro the first week of 1998 demonstrated that the euro would fall out of bed. This illustrates how we simply MUST look at everything in the world. Trying to forecast anything in isolation is foolhardy. 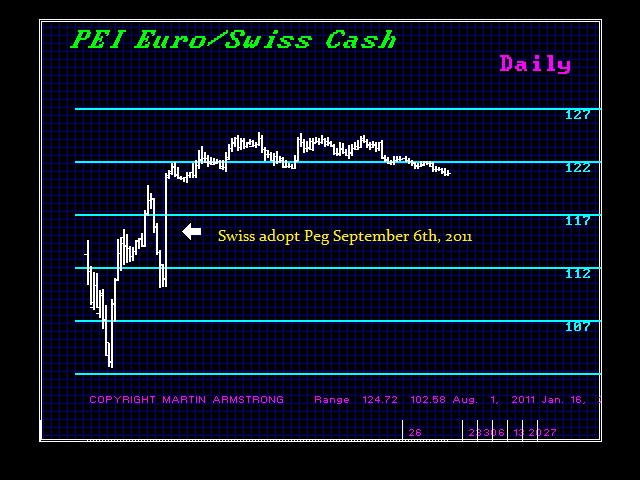 Now look at the above chart again and you will see why the Swiss attempted a peg and why it broke. You do not see gold bottom in Swiss francs until the week of October 23, 2000 — about a full year past the U.S. dollar low and almost two years after the gold low in the euro. On September 6, 2011, the Swiss franc effectively adopted a euro peg with the Franc and ended its floating independence. Our model clearly warned that the Swiss peg would collapse. They sought to freeze the Swiss exchange rate at 1.20 francs to the euro with no upper boundary in place. The Swiss National Bank committed to maintaining this exchange rate to ensure stability. However, they were forced to abandon the peg on January 15, 2015, costing every Swiss citizen a fortune in the process of 6250 francs per person because capital fled to the Swiss and the dollar trying to escape the euro.

There has been nothing to negate the fact that gold in dollars can still make a new low under US$1,000. Keep in mind, that we must approach this from an international perspective. We will be addressing gold in the various currencies in this year’s edition of the Gold Report.