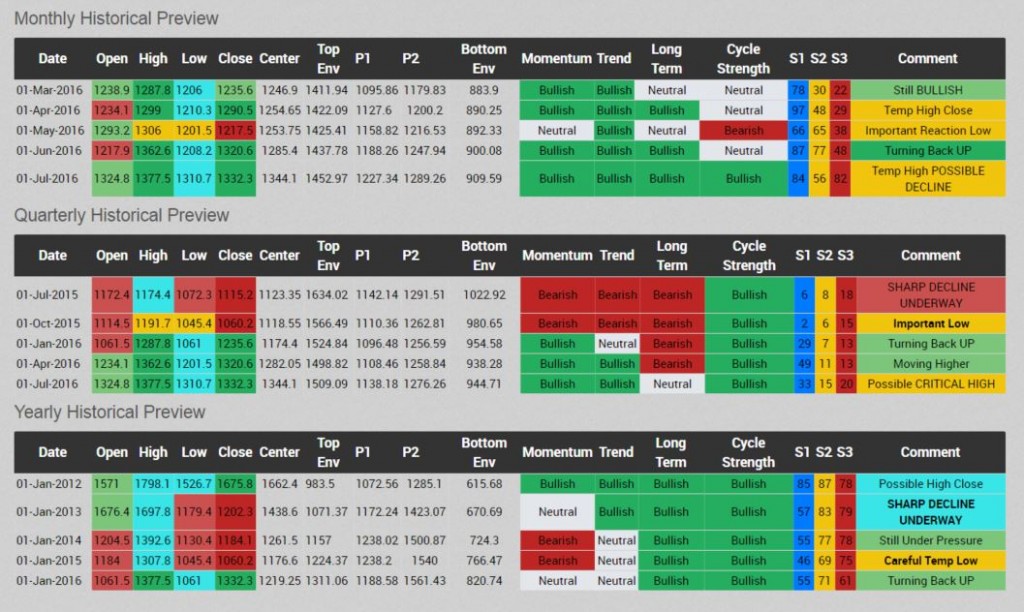 QUESTION: Marty; The Global Market Watch on gold has been really something on the investor level. Can’t wait for the trader level. I believe your staff said that will have the daily and weekly levels also. I find it fascinating how the computer called the low in gold and then said turning back up and all the fundamental nonsense people talk about did not matter. I noticed gold rallied for the monthly closing but still did not get through your key number. You have saved me a fortune listening to those goldbugs who are always long and never say sell.

You have said that gold and the Dow will rise together because that will signal the real crisis is starting. You have said the monetary crisis could come as early as 2018 but by 2020 is the ideal target and 2023 the latest. Has this changed?

ANSWER: It is encouraging that gold has held on to its gains with a rising dollar and the Dow. True, we did not take out the Monthly Bullish Reversal today. This leaves the door still open for a slingshot move in 2017. That would be the most powerful pattern we could develop and it would be the most confusing. Keep in mind that the timing window is starting to close.

As for 2018, the BREXIT has turned the tables. We may yet see Trump win in November. That would most likely be very positive for the dollar since as we see the Refugee Crisis explode in Europe, the Eastern members are turning more to Trump and support his policies. If he wins and does enact the tax reform, expect a huge burst of returning capital to the USA. This may combine with the crisis politically emerging next year in Europe as we face elections in France and Germany.

A strong dollar will send capital this way.

This is my personal goal. The computer will replace me and it will be far better for it will not leave anything out of its analysis. The gold promoters are as bad as the IMF people. They do not understand monetary/currency theory.

Let’s see the Global Market Watch update now that July has concluded. Remember, that last entry is dynamic. It bases the pattern up to that last day as if that was the conclusion of that particular time interval.