Gold – It Ain’t Over Until the Fat Lady Sings 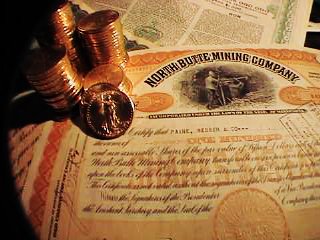 The problem with gold has been the gold promoters who use sophistry to sell their product, convincing so many people to lose everything they invest. The hate mail has started again, claiming I am “bashing the gold bugs” as if this were a sport. Sadly, this illustrates how there will always be those who go down with the ship because they are married to a concept and are unwilling to see the world for what it truly might be – complex and dynamic, which defies their idea of what money is.

The Associated Press says, “Investors are running out of reasons to own gold.” The AP is a wholesale news agency, so their stories run around the world in numerous newspapers. The AP summed it rather well:

The dollar has rallied in recent months, diminishing the allure of holding gold. The U.S. economy has been on firmer footing, and tumult in China’s markets and Greece’s debt crisis have failed to restore the metal’s appeal as a haven from global turmoil.

It is a shame, some just cannot see that due to the fundamental unsound structure of the euro, gold had to decline and the dollar had to rise. That is just one piece of the puzzle as to how the world economy shifts from the West as it dies under the theories of Marxist socialism and moves to Asia for 2032. Other reasons include:

(1) By rising debt within government, which propels higher taxation resulting in lower economic growth. Government’s hunt for taxes is destroying the LIQUIDITY and global free-flow of capital.

(2) The technology age of creative destruction is manifesting within the internet age whereas we are displacing the old with the new that requires less manual labor.

So as politicians try to force minimum wages higher, companies turn to robots, and it becomes a deflationary spiral. Robots replace manual labor, eliminating pensions and healthcare costs, which have become the largest cost for many businesses. Starbucks spends more on healthcare costs than on coffee to resell. This is all part of DEFLATION measured not simply in prices, but in the decline of disposable income since prices will rise with cost-push inflation rather than demand-inflation that marks a boom. Far too many people remain ignorant to how things work and cannot see beyond a single dimension with a single definition.

Yet others have wrote to us, realizing that just perhaps there might be something to this concept that everything is connected, which indeed forms much of the core of Asian philosophy. Below is an e-mail we received:

First, your insights and comprehensive knowledge have turned a light on for me with respect to how the world works.  Thank you.  I especially resonate with your fundamental given: that everything is connected, dependent on everything else.  Yours is the first practical application of this fundamental insight of the mystics — especially the Eastern masters — that nothing and no one has an existence independent of everything and everyone else.  The Vietnamese Buddhist teacher, Thich Nhat Hanh, coined a term for this: Interbeing.  If only the would-be rulers of the world could understand this.  Instead, they pursue their doomed dreams of the supremacy of Me and Mine over everything and everyone else, and so we all suffer — temporarily.  Everything always changes…

Now a practical question:  You mentioned benchmarks that you expect gold to reach on its trip down, but you haven’t mentioned what they are.  I suspect that this information is contained in one of the special gold reports you have listed in your Store.  Is this correct? 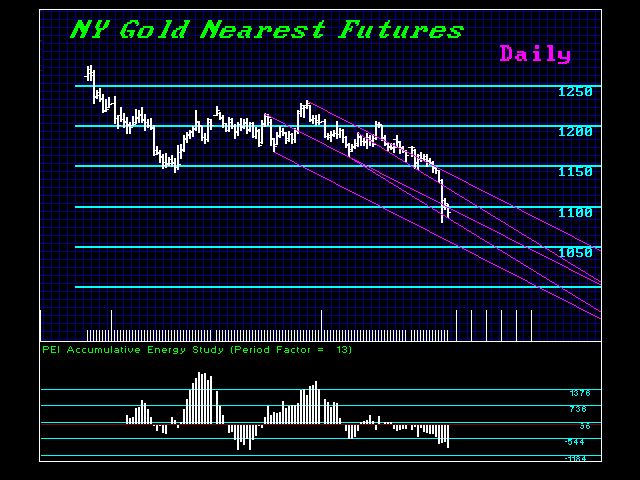 I originally planned to just move to a beach and wait for the world to meltdown. Long-term clients urged me to stay. The compromise has been this monumental effort to port Socrates to the internet to create an entity that will survive me – my contribution to society and what I leave behind. To do that requires staff and they need income, which is understandable. They need to make a living and unlike myself are not in a position to just retire and call it quits. So there has to be some revenue for them and for me to exit knowing they will continue without me with Socrates calling the shots. Additionally, the clients who have supported this effort have paid for such info, and their position is that this information should not be released to the world for free. They are entitled to that exclusivity for others will try to pretend it is their research and use it to lure people to sell them something that typically blows-up anyway.

Yes, the Benchmarks are the targets for it is never just PRICE; it must also be TIME. These two objectives must be reached, and they are in that report. So do we have the low yet? No. To create the low, the MAJORITY must turn bearish. Their target forecasts will be in the $600–$700 level. The key Weekly Bearish Reversals are 1084 and 1075, followed by 1042 and 1026. We have four Weekly Bearish Reversals providing support before the break at $1,000. 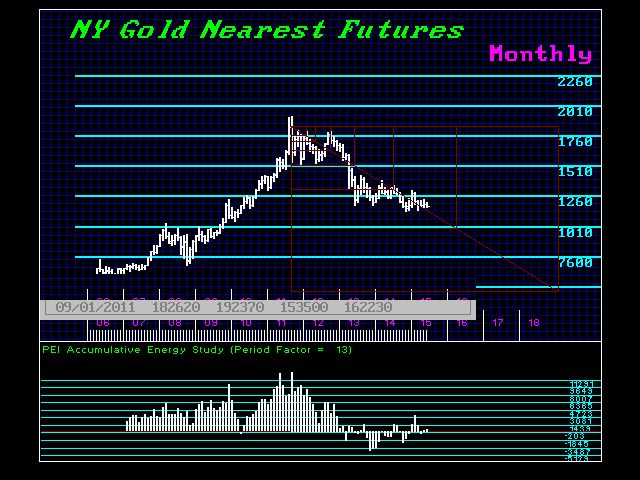 Even those who use Fibonacci retracements were looking at 1282, 885, and 243. All the fundamental sophistry of the gold promoters has amounted to propaganda, if not outright fraud, since typically they have a business of selling gold or are so deeply invested in it that they cannot see beyond their personal investment. Some are also more likely than not on the payroll of someone else who puts out bogus analyses to trade against. They did that in the Dot.com bubble as well.

There is still a risk that the SECOND BENCHMARK will be the final low rather than the first. That would fit best on the yearly model and it appears that what comes after October 1 is going to be anything BUT normal. OPINION will not matter much for we are entering a period where only the computer will be able to cope with the future. Nobody alive has gone through what we are embarking upon, so OPINION won’t mean much.

The problem for gold in the future is the hunt for taxes may in fact eliminate it as a viable means for transporting wealth as it once provided over the centuries. You cannot legally store money in a safe deposit vault, hop on a plane with it or use it to buy a cup of coffee at Starbucks. The hunt for money may seriously impact gold as a medium of exchange, except in a very black market, reducing it to the modern day drug business.

« Gold: The Panic Cycle is Here
The Flight From Gold – A Fall From Grace »