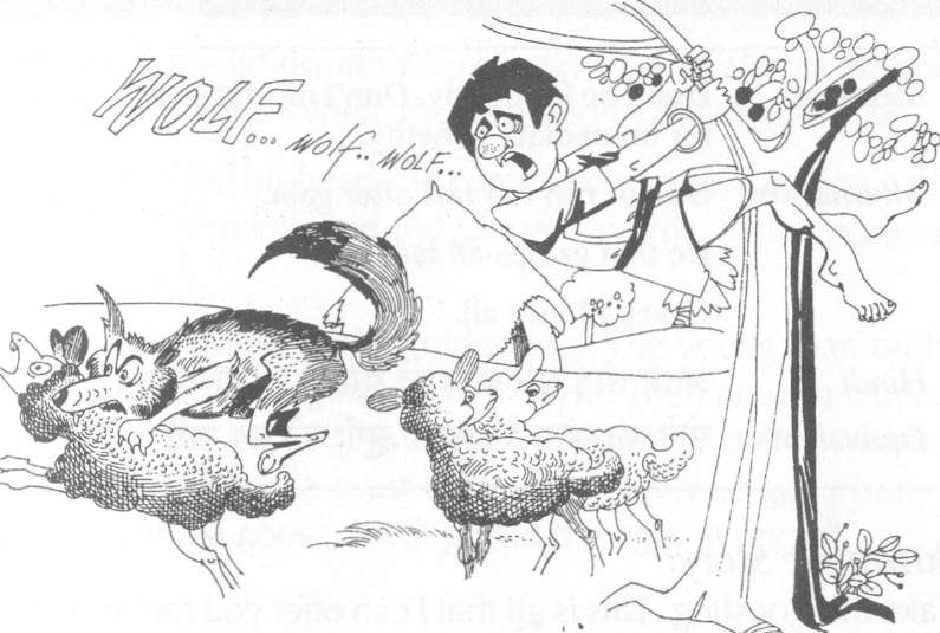 I was “of one mind” when it came to gold and silver and the shisters that clam “manipulation to the downside,” “gold is going to 5K,” and “gold has bottomed” and on an on.

Your site is the only source of information that I trust anymore and thanks to you I take a more global view of the markets and the benefits are paying off.

Lately I’ve seen some folks talking about China. They believe that China is close to announcing that they have accumulated 30,000 tons of gold and that once this is announced it will have a devastating effect on the west.

What is your take on this? I think the reaction will simply be “ho hum” similar to the reaction to the bailouts in Cypress.

Thank you so much for all you do for humanity.

ANSWER: The arguments for gold never change. The gold promoters keep finding some new theory to explain why gold will rally, ignoring the fact that they have been consistently wrong every time. They say whatever they have to to sell something for a profit. This is why they are not forecasters and certainly offer no real analysis – just salesmanship. They do not differ from the stock promoters of the Great Depression who kept telling people buy all the way down. It took 3 8.6 year cycles to make new highs above 1929 – 1954 (25.8 years). Some now just adopted the ECM to pronounce that gold will rise starting October 1st when that is not the date we gave in the special report on gold.

These gold promoters keep yelling “Wolf!” yet when it comes time to buy gold, nobody will pay attention to them for all they ever say is the same thing – BUY! The threat these promoters present is that they create an illusion that distracts many from what is truly going on behind the curtain. They certainly do not want to talk about the fact you cannot legally store gold in a safe deposit box or hop on a plane to start a new life with a suitcase full of gold. Sure gold COINS will have a role, but this may be simply as a preservation of some wealth in a new age of electronic money where you will not be able to buy or sell legally without the government’s approval. Just as Roosevelt made it illegal to buy or sell gold, the police can just as easily arrest people for money laundering if they buy or sell using gold coins and confiscate everything involved. We have realize that we are in the belly of the beast who is government, which has consumed all out rights, privileges, and immunities – the essence of freedom and liberty. Forget JUSTICE – for that they spell JUST US.

It is always the same plot over and over again that these gold promoters sell. Now they claim China has bought all the gold and will announce they have the largest gold reserve. China also has a debt problem. China’s share market has jumped because the government was clamping down on real estate. These people attribute all buying in China to the government. They are constantly harping that gold is money, claiming that the West will fall because China has gold.

China and Japan rose from the ashes WITHOUT gold. How could they have done that without gold? Gold is not money – it is a commodity that is universally accepted because it is of the same quality and standard – unlike oil, wheat, or rice. There are differences in most commodities moving around the world – but not in gold.

We are heading into the land of electronic money; China is well aware of that. The elimination of paper money is the attempt by government to control everything. They are more likely than not going to seize banks, rather than bail them out. Those days are over. They are even backing away from insuring deposits, raising the age for social programs, and they themselves are not guaranteeing pensions to new employees. Many government are hiring part-time workers to deny benefits. They are starting to fine the banks, publicly making them plead to CRIMINAL charges, rather than civil. Technically speaking, J.P. Morgan Chase is a felon but still no one goes to jail.

Gold is dead as a monetary unit. Get over it. That does not mean gold is worthless or has no role. Just let this go. It is bullshit and not even necessary. The days of a COMMODITY based monetary system have expired, for those were the days of a BARTER ECONOMY. We have progressed as people have a better understand of what money is. Money is the PEOPLE of the nation, not what commodities they possess. If you have no gold, does that mean you are a worthless person? Your value is your productive ability in whatever field that might be, from art to science, or service.

Gold will rise, but it will NOT be due to China’s purchase. Gold will rise because we are in a private wave and CONFIDENCE in government is declining. Gold was once the major means to move money from one place to another. Today, the negative side of gold is that you cannot hop on a plane with a full briefcase and embark to a new land. They have shut down the that as a viable way to move money anymore. Get move up to the 21st century. Most of these argument are from the 19th century and it is time to let them go.

Gold, along with other private assets, will help to make the transition following the Sovereign Debt Crisis. Really, we have to tune out these gold promoters, for they yell nonsense without any factual support. Claims made of Fort Knox possessing no gold and paper being fiat have discredited the gold bugs, making them a laughing stock among the majority who just look at the price action and say – WRONG. They have touted that hyperinflation was coming when they do not understand the economy or how nations collapse. I have warned we are in the age of DEFLATION, not HYPERINFLATION, and the day will come when you will pray for inflation as they are starting to do in Europe and this is the whole trend toward NEGATIVE INTEREST RATES.

We are looking at electronic money that will be controlled by government; nobody will be able to buy or sell without the consent of government. That is the reality. This is why I agreed to even do the movie. I was not thrilled about the personal aspect, but realize that is part of the story in the battle against this trend. The banks have manipulated everything when they moved to Transactional Banking abandoning the traditional Fractional Banking where they actually lent money that at least created businesses and jobs preferring the quick profits of trading. As the banks blew up, politically it is shifting against them and now they are too stupid to realize that may be just nationalized and the people will cheer.

Government will most likely criminalize the underground economy in whatever alternative form it may take for this is now about power. Just as Greece made it illegal to pay for anything with more than €70 euros, they will simply pass a law making it is illegal to pay someone in gold. We have to realize that government feels their power is slipping away. They cannot meet their expenses and the pension crisis is massive. Here too, the graying of society is FAR WORSE in Japan and Europe as well as in China compared to the United States.

I have stated many times that I agree with Thrasymachus: there is no justice or rule of law as both are only the self-interest of government. In that respect, ALL GOVERNMENTS are indeed the same no matter what we call their form, be it a dictatorship, aristocracy, republic or democracy. This was proven with the Supreme Court’s ruling to uphold relieving government of any obligation to honor previous commitments.

The U.S. Supreme Court upheld Roosevelt, nullifying what was known as the “gold clause” in all private contracts in the 1935 case PERRY v. UNITED STATES, 294 U.S. 330 in a 5:4 decision with the dissents of Mr. Justice McReynolds, Mr. Justice Van Devanter, Mr. Justice Sutherland, and Mr. Justice Butler. That decision was monumental for it effectively held that current policy requirement allowed the government to change whatever they promised previously. In other words, you cannot take government at its word for they do not have to honor anything. This is the failure of the HYPERINFLATIINISTS – government WILL NOT honor all those promises and they are turning against the people and that is massively DEFLATIONARY. So welcome to the 21st century where government is on a mission to retain power, but in the process, they are extinguishing their own existence.

The Supreme Court wrote in upholding the abandonment of what was the gold clause in private and government contracts wrote:

This obligation must be fairly construed. The ‘present standard of value’ stood in contradistinction to a lower standard of value. The promise obviously was intended to afford protection against loss. That protection was sought to be secured by setting up a standard or measure of the government’s obligation. We think that the reasonable import of the promise is that it was intended [294 U.S. 330, 349]   to assure one who lent his money to the government and took its bond that he would not suffer loss through depreciation in the medium of payment…

Second. The Binding Quality of the Obligation. The question is necessarily presented whether the Joint Resolution of June 5, 1933, 48 Stat. 113 (31 USCA 462, 463), is a valid enactment so far as it applies to the obligations of the United States. The resolution declared that provisions requiring ‘payment in gold or a particular kind of coin or currency’ were ‘against public policy,’ and provided that ‘every obligation, heretofore or hereafter incurred, whether or not any such provision is contained therein,’ shall be discharged ‘upon payment, dollar for dollar, in any coin or currency which at the time of payment is legal tender for public and private debts.’ This enactment was expressly extended to obligations of the United States and provisions for payment in gold, ‘contained in any law authorizing obligations to be issued by or under authority of the United States,’ were repealed. 1 Section 1(a), 31 USCA 463(a). [294 U.S. 330, 350]   There is no question as to the power of the Congress to regulate the value of money: that is, to establish a monetary system and thus to determine the currency of the country. The question is whether the Congress can use that power so as to invalidate the terms of the obligations which the government has theretofore issued in the exercise of the power to borrow money on the credit of the United States. In attempted justification of the Joint Resolution in relation to the outstanding bonds of the United States, the government argues that ‘earlier Congresses could not validly restrict the 73rd Congress from exercising its constitutional powers to regulate the value of money, borrow money, or regulate foreign and interstate commerce’; and, from this premise, the government seems to deduce the proposition that when, with adequate authority, the government borrows money and pledges the credit of the United States, it is free to ignore that pledge and alter the terms of its obligations in case a later Congress finds their fulfillment inconvenient. The government’s contention thus raises a question of far greater importance than the particular claim of the plaintiff. On that reasoning, if the terms of the government’s bond as to the standard of payment can be repudiated, it inevitably follows that the obligation as to the amount to be paid may also be repudiated. The contention necessarily imports that the Congress can disregard the obligations of the government at its discretion, and that, when the government borrows money, the credit of the United States is an illusory pledge.