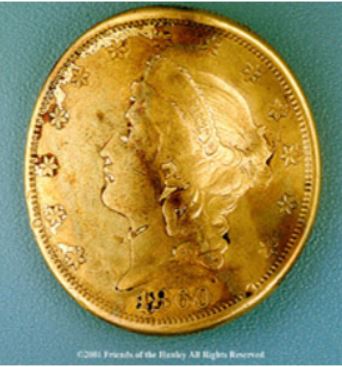 A story that a sweetheart gave a Confederate soldier George Dixon a $20 gold coin dated 1860 as a good luck charm has been validated. The story was that George kept the coin with him always, in his pocket, as good luck. During the Battle of Shiloh, George was shot point blank. The bullet struck in his pocket hitting the center of the gold coin. The impact was said to have left the gold piece bent, with the bullet embedded in it which saved his life. 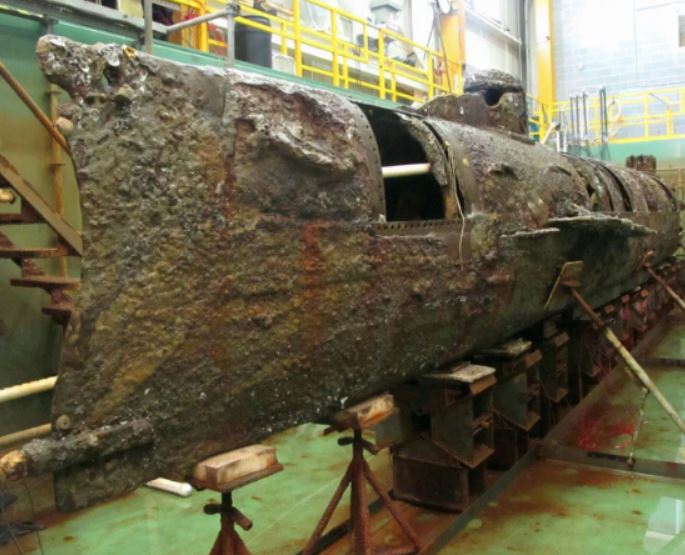 George’s luck, however, did not last forever. Nearly 150 years ago, the Confederate submarine H.L. Hunley, the first ever in history, failed to return to port after its successful maiden mission. The sunken submarine was discovered in 2015 off the waters of South Carolina where it sunk in 1864.

The propulsion was simply men turning a crank. A pole on the front was designed to ram explosives into enemy ships. Therefore, the sub had to actually make contact. The poll placed a powder charge into the Union warship Housatonic and sunk her, but the Hunley went down with its eight man crew and never returned on February 17th 1864.

The archaeologists also found inside the submarine one bent gold coin that was carried by the sub’s captain, Lieutenant George Dixon, for good luck. The legend was proven true. The $20 gold coin saved his life one time.