Why Does the Fed Need to Raise Rates?

QUESTION: Hello Mr Armstrong
I would like first to thank u for all the good information u give to us
i have just a question : why do u write the fed need to increase rates to save the us pensionneers
Not realy clear for me ( and maybe a lot of people)
Thanks again and i wish u a wonderful 2019 year !
regards
T

ANSWER: The entire problem of lowering interest rates to “stimulate” the economy demonstrates that central banks cannot really manage anything. This theory is based upon the idea that if rates are cheap then you will borrow. They fail to even understand HOW the economy functions. The stock market and the economy has NEVER peaked with the same level of interest rates TWICE in history. If you BELIEVE the market will double you will pay 20% interest for a year. If you do not BELIEVE the market will rise at all, you will not borrow at 1%.

Pension funds were based upon the idea that at 8% you double your money in less than 10 years compounded. The system of a pension cannot function at interest rates of 1-3%. This is why states are raising taxes and going broke. They have to make up the losses on investments. Then throw in the corruption of governments. They directed pensions to be “conservative” and thus must own typically more t6han 50% government bonds up to 85% generally and some are at 100% like Social Security. The lower rates on government bonds, the greater the losses and thus taxes must be raised to compensate for state pensions.

Then, so many funds ran into Emerging Markets to try to compensate for the losses on government bond holdings. Spanish banks ran into Turkish debt which they assumed would become a member of the Eurozone. Turkey was one of the first members of the Council of Europe in 1949, and it became an associate member of the EEC in 1963, joined the EU Customs Union in 1995 and started accession negotiations with the European Union in 2005. However, ever since Erdogan, all negotiations with Turkey to join the EU came to an end in 2017. 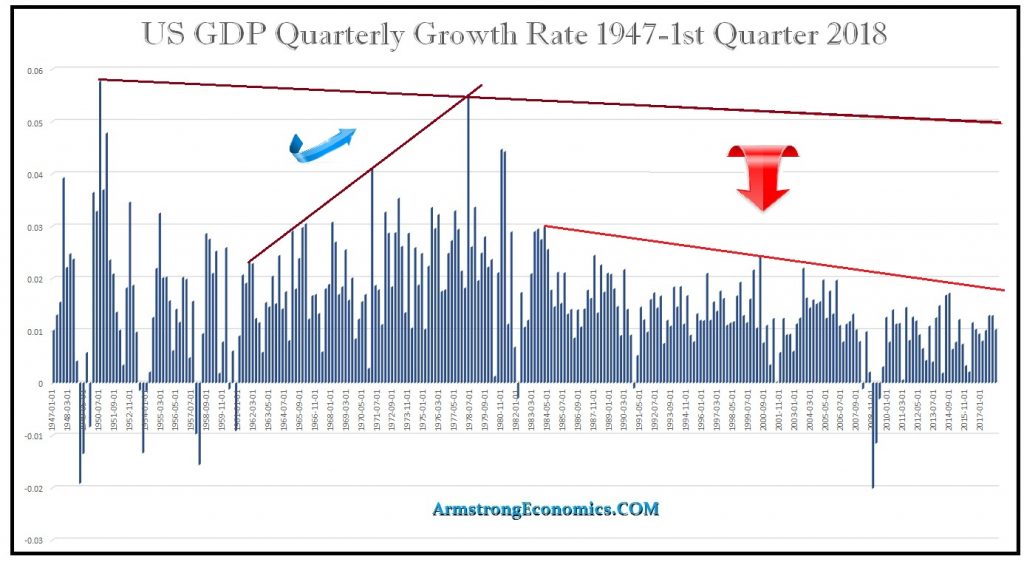 Therefore, the Fed realizes that the next crisis is a pension crisis and they need to raise rates to help try to bail out the pension funds. They will not be able to raise the rates fast enough to avoid the crisis coming very rapidly which will contribute to raising tax rates and further suppressing economic growth into the future.