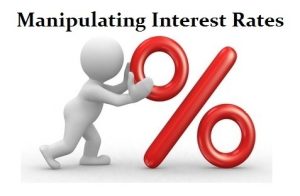 Do you gander that President Trump is aware that a higher dollar will cream the economy and is doing all he can to fight that trend?

Maybe he is reading AE but like other politicians still thinks he can manipulate the economy?

Trump is battling the Fed over interest rates. What does it mean for your money?

ANSWER: Trump does realize that there has been a flight to the dollar. I believe his bashing the Fed to lower rates is inspired by the hope of keeping a lower dollar for trade. I do not believe higher rates are on his radar with respect to the markets. He is probably seeing briefings of the rise in rates and what is taking place with the national debt.