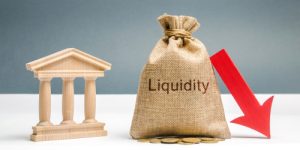 The NY Federal Reserve announced last week that they will continue their repo operation until October 10th, 2019. The repurchase agreements will amount to up to $75 billion per day. Additionally, they plan to offer three two-week repo operations of up to $30 billion each round.

The constant intervention of the Federal Reserve into the REPO market is the result of a global dollar shortage on a monumental scale. There is a liquidity crisis unfolding as CONFIDENCE is collapsing in Europe and Asia. The Federal Reserve has been intervening into the REPO market in a desperate effort to maintain its lower target on interest rates.

I have been warning that about 70% of physical paper dollars is now circulating outside the USA. There are also now more $100 bills in circulation than $1. With the rising pressure outside the USA to eliminate cash in order to confiscate money from their citizens to support the broadening collapse of socialism, there has been a MAJOR panic pushing into the dollar.

Despite the fact that early in 2019 the headlines were that foreign governments were dumping US debt spinning this into stories that the dollar would crash. In reality, selling of US debt at that point in time was an effort to stop the dollar’s rise. However, as the world economy continues to implode going into the bottom of the business cycle as measured by the Economic Confidence Model, exactly the opposite has been taking place. As of July 2019, the foreign holding of US debt rose to $6,630.5 billion up from July 2018 $6,254.4 billion.

The increase from $6.2 trillion to $6.6 trillion is showing the scramble into dollars even on an official level. As more and more US debt is taken up overseas as a hedge against the rising risk of  the punitive sanctions of canceling foreign currencies as Christine Lagarde is preparing to take charge of the European Central Bank in October, the panic into the dollar assets is removing US debt from domestic holdings resulting in a LIQUIDITY CRISIS beyond anything you will find in the traditional economic textbooks.

We invented Capital Flows analysis. We have the only real database tracking capital flows historically. There will be numerous people who will now repeat what is written here as if it were their original analysis.  Without a database, it is hard to imagine how they can make such claims since this is NOT based upon opinions or reading news headlines. 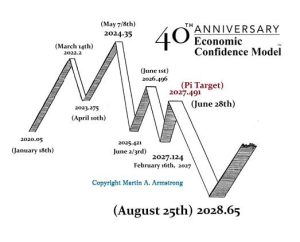 So welcome to the new world where economic theories are crumbling before our eyes and falling to the floor as dust in a world that no longer exists. We are entering a new period of reality where whatever you thought was happening may prove to be the opposite.