The Central Bank Dilemma has become a major crisis in and of itself. I have been warning these past years that the ONLY tool a central bank has is manipulating the interest rates. Quantitative Easing was primarily to influence long-term rates indirectly since the Fed can only set short-term rates. During the past nine months, Fed Chairman Jerome Powell has raised interest rates at the fastest pace of any Federal Reserve chair since the 1980s. While some complain that this has triggered a stock market rout, and caused the housing market to come to a standstill, others argue that he has increased the fears of an imminent recession.

That was the domestic part. The Fed’s raising of interest rates has impacted the emerging markets including contributing to the chaos in the financial markets in China since many banks and provinces borrowed in dollars to save interest rates – or so they thought. It has forced the European Central Bank to raise interest rates and the net result was to unleash a crisis in long-term debt where life companies and pension funds cannot continue to buy the long-term with rates rising and bonds declining the day after you just bought a traunch. 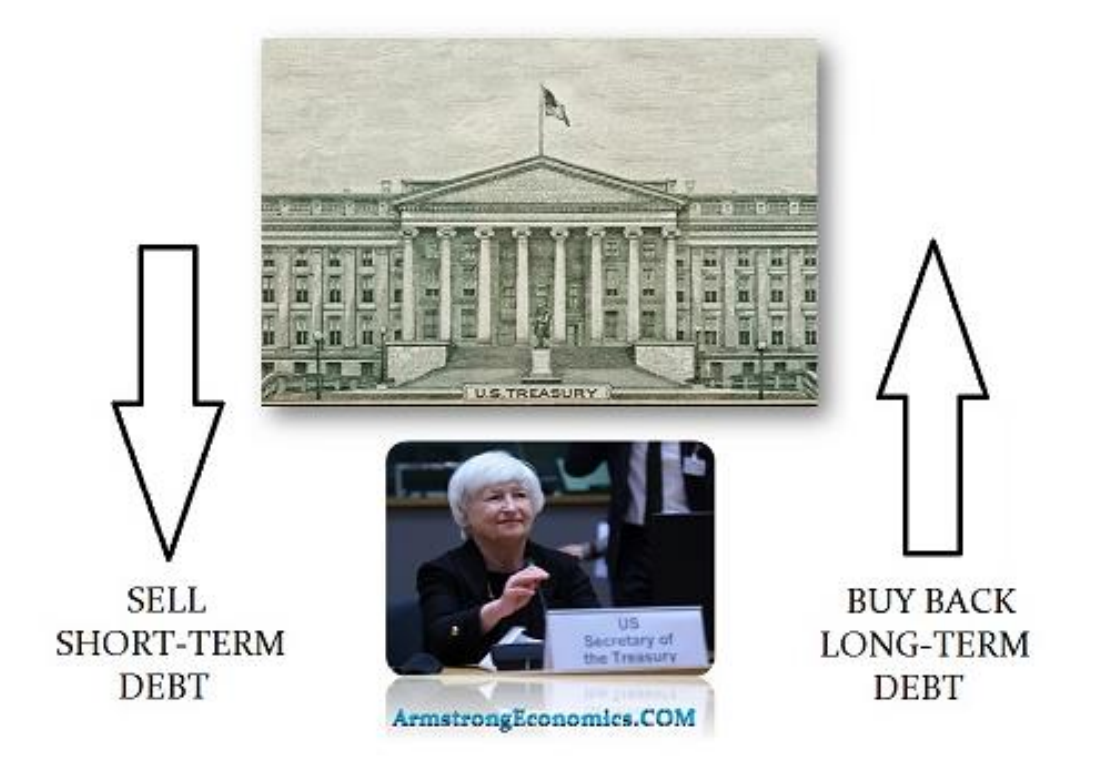 Janet Yellen, who wants to hunt down everyone who sold a used bike on eBay for $600, understands the crisis we have erupting in debt because of rising interest rates and investors are afraid of the long end. Her proposal to buy in the long-term and swap it for the short-term recognizes the fact that we have a major debt crisis unfolding and she has come up with another scheme to keep kicking the can down the road. 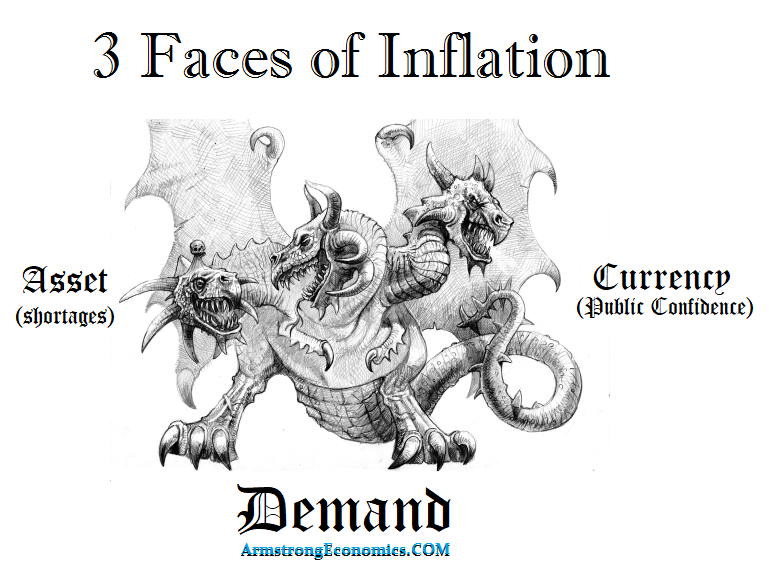 Consequently, with inflation hitting 40-year highs, the warning signs are there that the central banks cannot do anything to address the economic crisis. Hence, initially, Fed officials were unanimous that rates needed to rise aggressively. Now, however, there are cracks in that view. These cracks will become fissures over how this type of inflation is NOT speculative but shortages set in motion by COVID. Then it has been accelerated by this drive for war with Russia and the insane sanctions they imposed on even private citizens.

While some expect inflation to cool steadily next year and want to stop raising rates soon, the problem is that inflation driven by shortages will not subside with a reduction in demand. Even real estate replacement costs have risen despite the fact that the market has started to pause. The cost to build a home in many areas is already higher than existing homes, which tends to create a floor under prices. Others worry inflation won’t ease enough next year in the face of a war that is escalating, and they defer to the old standard of raising interest rates to temper inflation. 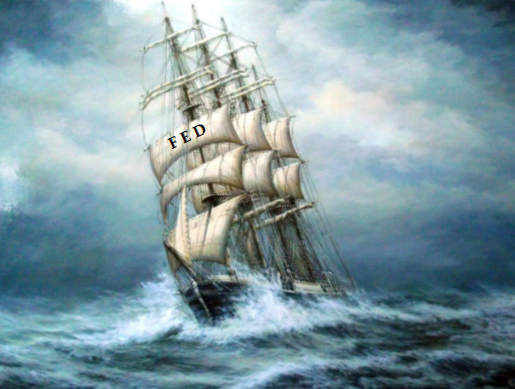 That leaves Chairman Powell struggling in the eternal seas of politics lost in the middle as the arguments get louder on both sides. Powell will be challenged trying to chart a course through this storm of war, stagflation, and complete fiscal mismanagement by our politicians. The next stage of interest-rate policy presents very difficult questions concerning how high to raise rates from here, and how long to hold them at that level in this Pyhric War against Inflation.