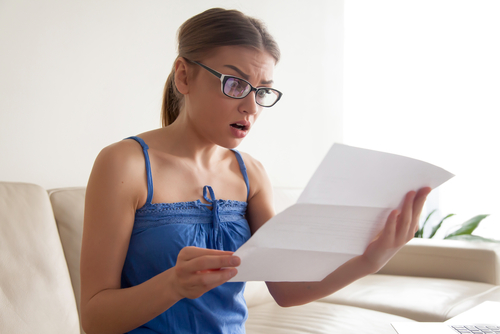 Trump should reverse what the Clintons did to student loans. He should RESTORE the right to go bankrupt. This huge problem was created by the Democrats who exempted student loans from normal protection for consumers. In addition, the bankers then exploited the entire issue by getting parents to co-sign. The entire argument for eliminating the right to go bankrupt was that they had no collateral. The FRAUD here is the bankers managed to get the Democrats to hand students to them on a silver platter. Then they then pulled a fast one by demanding parents co-sign. That way, they can take their parents’ house.

The scary thing is that the generation of Americans over 60 years of age is on the hook for worthless degrees, owing $86 billion in student loan debt. True, some of these people owe for degrees they themselves obtained in hope of getting a better job. They have discovered that the degrees mean nothing and their age tends to scare companies because of pensions. The bulk of these people in the 60+ group had their kids late in life and co-signed for their children of which 40% are still living at home. Interest rates are not cheap and run from 5.05% to 7% annually. Compound that out and you will nearly double the cost of a degree by interest in 10 years.

A number of major companies NO LONGER require a degree. Here are just a few. BTW – neither do we.

« LIBOR v SOFR
Life is a Journey of our Accumulative Mistakes »